What to Know About Automated Driving Made Interesting

The Toyota Research Institute (TRI) was announced on November 5, 2015. At that point, Akio Toyoda, president of Toyota Motor Corp., said, “As technology continues to progress, so does our ability to improve products. At Toyota, we do not pursue innovation simply because we can; we pursue it because we should.”

A major initiative toward making driving safer is the work that TRI—which is networked in Silicon Valley, Ann Arbor, and Cambridge—is doing toward automated driving. The organization is taking a two-pronged approach toward this: One is called “Guardian” and the other “Chauffeur.” The latter, of course, is what most people think about in terms of “autonomous driving”: the system drives the occupant. In the case of Guardian, the suite of sensors and processors work together so as to provide assistance to the driver. 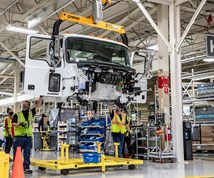 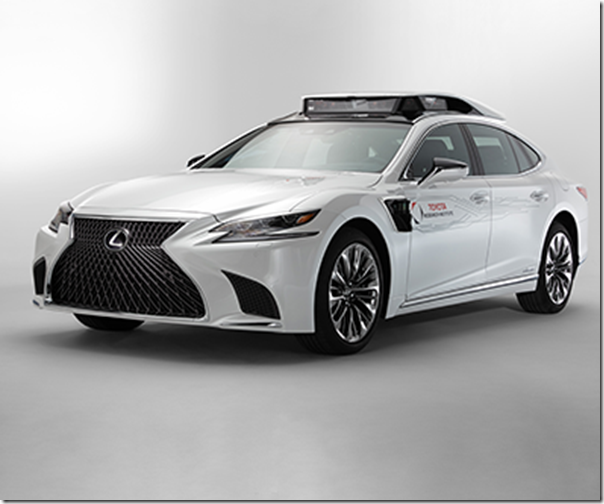 With Guardian there is still a driver (not just a passenger, as would be the case in a Chauffeur vehicle); if the conditions change and the driver is, in effect, “over his head,” then the Guardian will help. The driver is still in control of the vehicle. But the system provides assistance that is beyond ordinary capabilities.

One of the people at TRI who is working on this technology is Dr. Ryan Eustice, who is the senior vice president of Automated Driving.

Oddly enough, Eustice came to Ann Arbor in 2006, having obtained his Ph.D. from the MIT/Woods Hole Oceanographic Institution Joint program—a Ph.D. in Ocean Engineering. Upon joining the faculty at the University of Michigan, he was in the Department of Naval Architecture and Marine Engineering.

Yes, you’ve read that right. Eustice is an expert in things nautical. One of the things that he’d done was performing visual mapping of the RMS Titanic.

(About that work under water: Eustice says that it is analogous in many ways to what is needed for automated surface vehicles because when the submergibles are at depth, they have to operate without instructions being sent down to them, so the researchers had to do the mapping and programming to allow independent operations.)

On this edition of “Autoline After Hours,” Dr. Eustice joins “Autoline’s” John McElroy, Pete Bigelow of Automotive News and me; he brought along the P4 research vehicle, a Lexus LS hybrid, that is instrumented with cameras, lidars, ultrasonics, radars, and the sort of processing power that one would associate with a computer center, not something that is on four wheels. The first (and last) time we saw the P4 was when it was unveiled by the head of TRI, Dr. Gil Pratt, at the 2019 CES. Yes, the vehicle is that new.

Given the foregoing about Eustice’s bona fides you might think that he would either be (a) dry or (b) incomprehensible as he explains what they are doing at TRI. And if you think that, you’re wrong, because he is both articulate and amusing in his discussion of the work that is proceeding at TRI and what the implications of automated driving could be.

Which brings us back to the start, the pursuit of technology because they “should.” The imperative is a simple one. As Eustice points out, the goal is to improve safety and to help reduce fatalities.

And after Dr. Eustice leaves the set, John, Pete and I discuss a number of subjects, ranging from Lyft, Uber and autonomy to the potential opportunity for the GM Lordstown plant to continue to operate, albeit at a greatly reduced volume, through an arrangement involving GM and Cincinnati-based Workhorse Industries.