What You Need to Know About Electric Powertrains Made Simple(ish)

On this edition of “Autoline After Hours” we have Dave Fulton of BorgWarner on the show; Fulton specializes in electric machine technology and provides us with an explanation of how they work.
#Chrysler #Ford #supplier

The issue of electric vehicles is one that is perhaps of equal concern to OEMs and suppliers as autonomy, with the difference being that while autonomy is something that is still being developed (yes, there are a multitude of “advanced driver assistance systems,” short of Waymo running Pacificas in Arizona or Voyage running a test fleet of minivans at The Villages in Florida, there are still safety drivers and engineers rolling around on public roads in vehicles), there is a growing number of EVs out there and a whole lot more to come.

While vehicles powered by internal combustion engines have been in consumers’ hands for more than 100 years and so there is an intimate knowledge of what makes them go, the same can’t be said so far as e-machine powered cars, crossovers and, soon, trucks go. 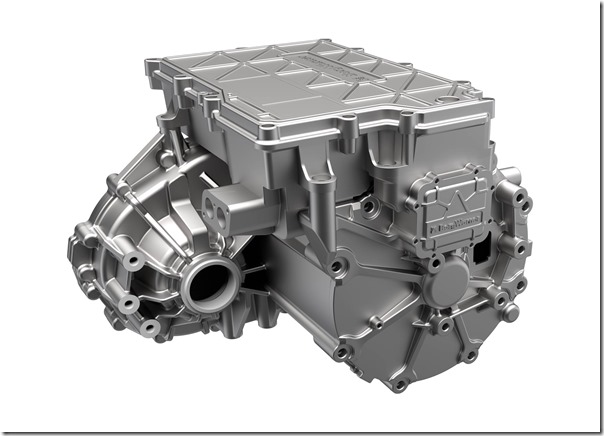 So on this edition of “Autoline After Hours” we have Dave Fulton of BorgWarner on the show; Fulton specializes in electric machine technology and provides us with an explanation of how they work.

“Electric machines”? Isn’t an EV simply powered by an “electric motor”? That’s one of the things that Fulton explains in what is something of a tutorial. (Turns out that because the motor in a vehicle operates as both a motor and a generator—as in, for example, the regenerative braking that puts energy back into the battery—it is considered an “electric machine” in the industry.)

Fulton talks about inverters and the importance of how they function in terms of transforming DC from the battery to AC for use in the e-machine and vice-versa. How things go on inside a housing. The importance of integration of elements to create a better electric powertrain. And a whole lot more.

The discussion is joined by Autoline’s John McElroy, Henry Payne of the Detroit News (and a Tesla Model 3 owner, so he has first-hand knowledge and questions) and me.

Then following Fulton we are joined by Jason Vines, who, among other things, was the vice president of Communications for Nissan North America, Ford Motor, and Chrysler Group, a man who was there when Carlos Ghosn was in the early days at Nissan, when Ford had a bit of an issue with some tires and when Dr. Z was running DaimlerChrysler. Vines provides some first-hand insights into what’s going on in the industry today.

And there is a whole lot more.