Although it seems that when it comes to electric vehicles the array of observers seem to be completely fixated on every utterance and report coming out of Fremont, California, the rest of the world continues apace on developing the technologies that will cause full-blown electrification (as in not just having a 48-volt system on board).

This became all the more evident to me recently when BASF’s Coatings division announced that it is supplying the surface-pretreatment and waterborne coatings for the NIO ES8, a seven-passenger electric SUV. 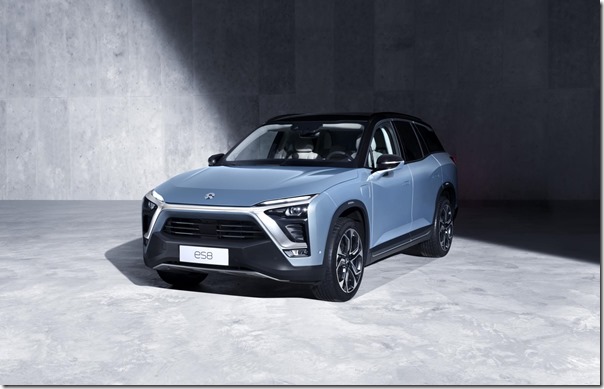 “The what?” you may be wondering.

Admittedly, this is a vehicle that was launched late last year and which is specifically developed for the China market (NIO, incidentally, is a Chinese company).

It is an aluminum vehicle—and Magna is supplying the aluminum body parts and chassis components (as well as the gearboxes for the electric drive system: there are two electric motors, one in the front and one in the back).

According to NIO, the vehicle has a range of 220 miles on the European NEDC cycle.

The vehicle is equipped with an array of sensors for ADAS application, including a trifocal front-facing camera, four surround exterior cameras, five millimeter-wave radars, 12 ultrasonic sensors, and a driver motor camera. Also, it is claimed to be the first vehicle on the planet to use the Mobileye EyeQ4 processor.

The NIO is being produced in a plant in Hefei, China. In the case of BASF, according to Nils Lessmann, Vice President and General Manager of BASF Shanghai Coatings, “As a strategic partner, we collaborated with the NIO design team based in Germany throughout the design and development process for the ES8, as well as during production development in China.” Which is the sort of thing that suppliers like BASF routinely do when working on new vehicle developments. 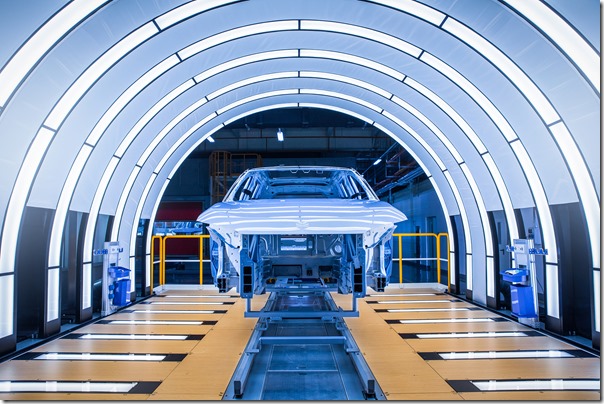 What is interesting to note about all this is that when there are companies like BASF and Magna announcing their participation in product programs, you know it is the real deal.

And while the ES8 may be a China-market SUV, you also have to know that it won’t be long until there are vehicles being produced for Western markets. (Although the styling—of the front end, at least—is somewhat Prius-like, from the point of view of size, the ES8 is comparable to an Audi Q7.)

Soon, what happens (or doesn’t happen) in Fremont may be a whole lot less talked about.