Where the Model T Was Born

According to Nancy Darga, the Milwaukee Junction area in Detroit—which is just east of the New Center area, northeast of Wayne State University—was, back in the first two decades of the 20th century, something of a Silicon Valley for the auto industry.
#AutolineAfterHours #oem #Ford

According to Nancy Darga, the Milwaukee Junction area in Detroit—which is just east of the New Center area, northeast of Wayne State University—was, back in the first two decades of the 20th century, something of a Silicon Valley for the auto industry.

There were production facilities in the area for Cadillac, Dodge, Hupp, Everitt-Metzger-Flanders; Fisher Auto Body had plants there, as well (having started out as plants for building wooden carriage bodies, which then transitioned over to steel for cars). The name “Milwaukee Junction” comes from the railroad junction (for the Detroit, Grand Haven and Milwaukee Railway) that served the area. 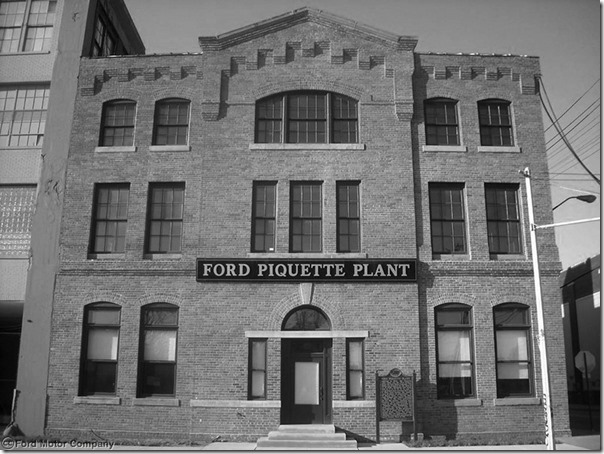 Darga’s particular interest in the area is the Ford Piquette Avenue Plant. She is the executive director of the facility. While it might be thought of as a “museum,” Darga says that it is more than something that is preserved as though behind glass: it is more of a place that lives with the footsteps of those who walked the floors: most notably Henry Ford.

And the most important alphabet car, the Model T, was created by Henry Ford and a team of his colleagues in a “secret” room on the third floor of the Piquette Plant. The factory was to produce some 12,000 of the Model Ts before Ford moved on to the Highland Park Plant in 1910. (Highland Park is where the moving assembly line was implemented, but not until 1913.)

Darga talks about the Piquette Plant’s importance to the development of the auto industry as well as how it can encourage young people to be as imaginative and as productive as Henry Ford and his colleagues on this edition of “Autoline After Hours.”

She talks with my co-host John McElroy of Autoline, Joe Szczesny of The Oakland Press and me.

Then the three of us talk about a wide range of subjects, including the possible implications of the Trump Administration’s EPA for fuel economy standards, whether Apple is getting back into the mobility game after having reportedly letting a number of people go from its rumored “Project Titan” and much more.