Where Would You Go After Working at Apple and Tesla?

While we don’t ordinarily cover people taking new jobs, given that list, we thought this is of more than particular interest. 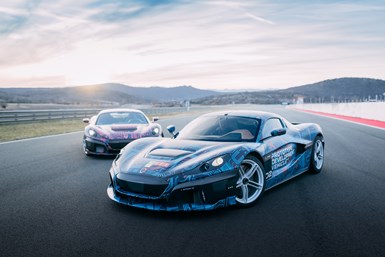 A few other things:

The job in question is that of Rimac Automobili chief technology officer. Chris Porritt has taken the position.

Porritt has previously been Aston Martin chief engineer. Vice president of Engineering at Tesla. And lead at the Apple Special Projects Group. He is going to Rimac from Apple.

Not exactly your run-of-the-mill employee.

And as for the Porsche, Hyundai, Koenigsegg, Automobili Pininfarina and Aston Martin: they all have relationships with Rimac Automobili (e.g., Porsche owns 15.5% of the company; Hyundai Motor Group has invested 80-million € in the company and established a technology partnership).

Listen to Mate Rimac: “We have started out in a country which is not known for developing cars. We learnt so much through trial and error as it was difficult to attract people from other countries, making the process challenging but exciting. I cannot imagine what our journey would have been like and how far along we would be now if we had Chris with us from the early days. I had concerns that people with great industry experience would not be a fit for our culture and company spirit. However, as a car enthusiast through and through, who gets the ‘hands dirty’ himself, Chris fit right in from the first moment. We share the same mindset: we want to develop cars that raise the bar, are fun and great quality. I can’t wait to see what we will be able to create together.”