Wherever You Go, There You Are

On July 1, 2012, Johan de Nysschen became senior vice president of Nissan Motor Company in charge of the Infiniti division.  Prior to that, he had been president of Audi of America.  During his tenure at Audi, the company had a relentless gain in sales and share in the U.S.

One of the first things that de Nysschen did at Infiniti to move its headquarters to Hong Kong, which de Nysschen described, when Infiniti later opened its first showroom there, as “a uniquely discerning luxury car market.”

After a couple of years at Infiniti, de Nysschen left and was named, this past August 1, as the president of Cadillac.

Upon the announcement, de Nysschen said, “The recognition of the brand is immense, and the progress on the product front is widely acclaimed.”

And a few weeks later, on September 23, it was announced that Cadillac would become a separate business unit, and that it would be moving its global headquarters from Detroit to New York City.

About that, de Nysschen said, “We are very proud of our Detroit roots and heritage, and the majority of the Cadillac workforce will remain in Michigan.

“But there is no city in the world where the inhabitants are more immersed in a premium lifestyle than in New York.  Establishing our new global headquarters in Soho places Cadillac at the epicenter of sophisticated living.  It allows our team to share experiences with premium-brand consumers and develop attitudes in common with our audience.”

And that statement is just loaded with implication.

In 1999, Ford formed the Premier Automotive Group (PAG).  It consisted of Aston Martin, Jaguar, Land Rover, Volvo, and Lincoln.  Ford, of course, is headquartered in Dearborn, Michigan.  PAG was headquartered in London.  And the office for the U.S. operations was constructed in Orange County, California, in Irvine.

Lincoln was pulled from PAG in 2002.  Alan Mulally came to Dearborn in 2006, and one by one, the other PAG marques were sold off.

Presumably, London and SoCal weren’t the answer that Ford needed for its premium approach.

Cadillac cars right now are by and large world-class.  Sales are the problem.  A big problem.

But the last thing the executives, marketing people, designers, and whomever else are going to be going to the 212 need to be doing right now is focusing on the color of the drapes and carpet.

Audi is headquartered in Ingolstadt.  That’s in Bavaria.

Ingolstadt is 4,016 miles away from Manhattan.

Seems like you can make some desirable, premium vehicles location notwithstanding. 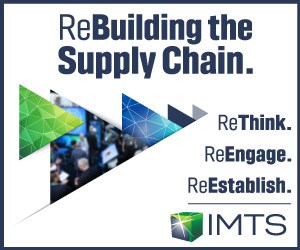