Why EV Charging the Other Way Might Be Profitable

When it comes to electric vehicles, most people are exceedingly concerned with the ability to charge them. After all, if you have a car with an internal combustion engine (ICE) and you run out of gas you can do the walk with the red can, something that you can’t do should your EV run out of electricity.*

But some companies are looking at going the other way: Vehicle-to-Grid (V2G). 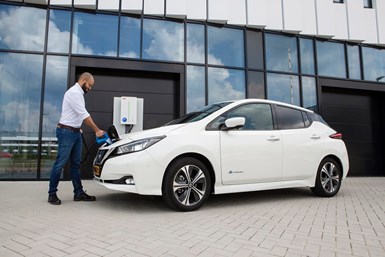 ABB 11-kW bi-directional charging kiosk: put electricity into your vehicle or take it out and send it back to the grid. (Image: ABB)

That’s right, using an EV to put energy back into the electrical system.

ABB has announced a contract with a French joint venture, DREEV, to supply its 11-kW bi-directional charging systems to the company.

The way this works is that people who have “surplus power” in their EVs can hook up to one of these units and channel it back to the grid.

This is said to be a way for owners of EVs to make a little extra cash, as in an estimated 20€ per month.

Speaking of the contract with ABB, Eric Mevellec, CEO of DREEV—the partners in which are Électricité de France, a French utility, and Nuvve, which specializes in intelligent charging—said, “V2G is a technology that requires both innovation and industrial capabilities. This cooperation with ABB is key to bring our solutions to the next level. We are now ready to accelerate commercial development.”

ABB plans to install bi-directional kiosks—yes, they can charge as well as take electricity out—in France, then the U.K. Italy, Belgium and Germany.

There is one small disconnect at the moment, however. According to ABB, “few electric cars currently support V2G.” However, the company anticipates that to change within the next five years.

What’s more, it pointed out that there are projections that the number of EVs on the road globally will be 559 million by 2040, so presumably, the grid is going to need some support.

It is worth noting that while “range anxiety” has been addressed by many EV manufacturers by providing ~300 mile range for their vehicles, there is now a phenomenon of “charging anxiety,” as there is a concern of finding open, available charging stations.

Presumably, even if the ABB kiosks aren’t being used a whole lot of V2G, they surely will for G2V.

*(Just so you know: a 12-v car battery, like the one you have under the hood of your ICE vehicle, weighs about 40 pounds, so even if you were able to get something like that to recharge your EV—and you can’t—how far could you carry it?)