Why "Mild" Disruptions Should Be Your Game Plan

There are automotive tech game-changers under development, but it may be useful for suppliers to play a somewhat more conservative game in the near-term
#Ford #Hyundai 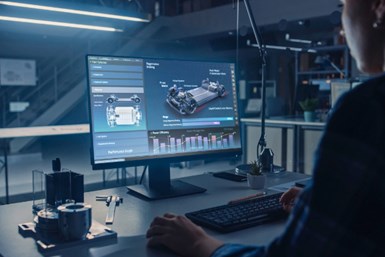 The automotive industry is being disrupted with new technologies, legislation, and changing customer interests.

While the future direction of the auto industry may be exact—autonomous, connected, electric, and shared (ACES)—the road to the fully-functioning eco-friendly smart vehicle may be longer than some expected. Understanding tomorrow's vision and meshing it with the needs and demands of today will help existing auto companies arrive successfully in the new technology market.

Working toward "mild" disruptions will help the automotive and technology industries inch forward to their fully automated, electric future while navigating the challenges of changing legislation, fulfilling today's consumer demands, and keeping the bills paid for the next decade.

Despite the seductive idea of arriving at your destination in a fully-autonomous, electric-powered robo-taxi, the majority of car owners over the next 10 years will still be arriving at work, home, and other destinations in their vehicle with them being in relative control of the driving experience and a likely stop at the gas pump. Though fully electric vehicles will eventually represent about a quarter of the cars sold globally, many consumers will flock to the "mild" hybrid for their first taste of an electric vehicle.

Mild hybrids are forecasted to account for 30 to 35 percent of global vehicle sales by 2030. The 48-volt mild hybrid, in particular, will be the system of choice for many automakers. Unlike the standard 12-volt system, 48 volts is powerful enough to take partial control of the vehicle and boost engine torque while still powering other electronics in the car. The added electrical power is also helping automotive companies power the continuous addition of sophisticated electronic features such as individual climate control options, vehicle connectivity, communication systems, autonomous features, and advanced entertainment options.

The 48-volt mild hybrid offers a tremendous cost-to-benefit ratio, too, reducing up to half of the CO2 of a full hybrid for less than a third of the cost. This system is an excellent option for European automakers who must hit Euro VII legislation's strict demands.

Suppliers can expect to see the pressure to push consumers into more environmentally friendly models increase as governments around the world continue to zero in on car pollutants and enforce stricter environmental codes. Aside from electrifying fleets, auto companies are also exploring additional strategies and opportunities such as improving aerodynamics, increasing fuel efficiencies, finding fuel alternatives, optimizing the internal combustion engine (ICE), and shifting toward smaller vehicle sizes.

Mild upgrades will provide the largest profit margin and keep automotive companies afloat over the next decade.

Another hot topic in automotive disruption is the autonomous vehicle (AV). While automotive brands and tech companies are battling it out for the first place in tomorrow's car industry mild upgrades will provide the largest profit margin and keep automotive companies afloat over the next decade.

Automotive suppliers can expect to see a surge in Level 2+ autonomous vehicles in the coming years. With greater sophistication than its Level 1 and 2 predecessors, but at a fraction of the cost of Level 3 or Level 4 systems, Level 2+ AV technology will occupy a large portion of the market.

Level 2+ systems will expand on the hands-free features of Level 2—such as assisted parking, active roll mitigation, and adaptive cruise control—and take drivers into a "hands-off" experience under specific conditions. Unlike the Level 2, Level 2+ systems will feel fully automated when drivers are in low-risk, predictable driving patterns such as highways.

Level 2+ automotive technology has already hit the market with GM Cadillac Super Cruise and BMW's standard semi-autonomous systems. It will be a focus for many other large-volume OEMs including Toyota, Ford, Hyundai, and Renault-Nissan.

Preparing Your Supply Chain for the Future

A once reliable and relatively predictable industry, the automotive industry is being disrupted with new technologies, legislation, and changing customer interests. These disruptions create a lot of unknown variables and force automakers, suppliers, and start-ups to make risky bets on where the future is headed.

Before racing into the age of “The Jetsons,” though, take a step back. Review the numbers and see how these disruptions are predicted to play out over the next 10+ years. Staying atop to evolving trends and legislative restrictions (environmental laws pushing EVs forward and safety concerns holding AVs back) and knowing how you should position your company will help you prepare your supply chain for the long haul.