Why Twizy Can Make Sense

Last week Renault announced its support of Groupama Team France, a team that is competing in the 35th America’s Cup, by providing the team with 10 Twizy electric vehicles, which will be used by the team in Bermuda, where it has set up base.
#Ford #oem #Renault

Last week Renault announced its support of Groupama Team France, a team that is competing in the 35th America’s Cup, by providing the team with 10 Twizy electric vehicles, which will be used by the team in Bermuda, where it has set up base.

The Twizy is a diminutive vehicle. It is just 92 inches long and 55 inches wide. It offers a turning circle of 267 inches. It is just the sort of thing that makes eminent sense in a crowded shipyard. 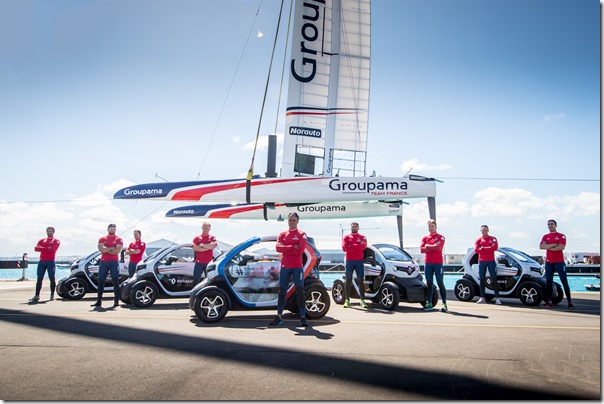 According to Renault it offers a range, based on the ECE-15 Urban Driving Cycle, of 62 miles. The top speed—which really must be something more measured than actually done given the architecture of the vehicle—is 50 mph.

What’s interesting to note is that the tech specs for the Twizy it isn’t described as a “car,” but a “quadracycle.” If we go back to 1896, the first vehicle that Henry Ford produced was simply that, a quadracycle.

Although some might look at the Twizy and dismiss it because it isn’t a “car,” clearly it isn’t meant to be.

Depending on the application, it makes more sense than a car. Like for Groupama Team France. (Given that a sail boat depends on clean air, it is probably a good thing to have zero-emissions vehicles rolling around the compound.*) And probably for many more applications.

But the idea of a car as a Swiss Army knife—something that can do almost anything—makes quadracycles seem more like a novelty rather than fit-for-purpose technology.

*Yes, the electricity generated in Bermuda requires the burning of fossil fuels, fuel oil or diesel, according to BELCO, the utility company on the island. But according to company, “2010, BELCO became the first company in Bermuda to earn ISO14001 Certification for its Environmental Management System. Certification by independent auditors means that BELCO has met the highest international standards and committed to continual environmental improvement. External auditors will continue to visit BELCO to make sure that it is maintaining and improving its environmental performance.” What’s more, “Long before Bermuda's Clean Air Act (which has higher standards than North America) was put into place in 1993, BELCO monitored the air emissions (such as sulphur dioxide and nitrogen dioxide) exiting our stacks.”