Will Alcraft Take Off?

“British electric vehicle start-up Alcraft Motor Company has revealed details of its first car, the high-performance Alcraft GT. The business is targeting a start of production in 2019. . . .”

That sounds fairly promising, doesn’t it? 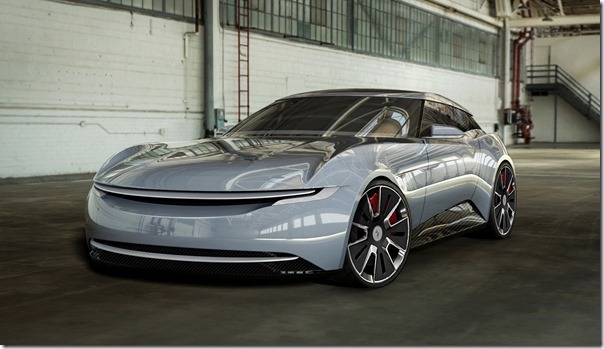 The vehicle, which has a station wagon-like design that provides a sizeable cargo capacity (500 liters, or 17.66 cubic feet), is powered by three motors. Based on the computer-aided engineering that Alcraft has conducted, the vehicle will produce 600 hp and 840 lb-fto of torque and turn in a 0 to 62 mph time of 3.5 seconds.

It is designed so that it can be made as a two-seater or a 2+2; it is setup so that there can be a range-extender (i.e., combustion engine) added to increase range.

But here’s the thing about the Alcraft Motor Company’s plans for the Alcraft GT. The company is conducting a crowdfunding campaign to supplement equity funding.

It seems that they’re anticipating that this will be a low-volume, niche vehicle.

You’ve got to give them credit for working toward crowdfunding an EV. They’re looking for people to put in from £10 to £25,000 each.

Sure, electric cars may be less costly to produce than conventional ICE-powered vehicles. But it is still going to take a whole lot of people with a whole lot of faith.