Automobile seats for the past several years have pretty much resembled. . .automobile seats. Yes, there have been a multitude of fabric changes, particularly lots of leather. And it is almost as though the whole notion of hand-stitching—or at least machine stitching that appears to have been done by hand—is one of the biggest breakthroughs in interiors, even though one could argue that it is the sort of thing that one could find in 19th-century stagecoaches. 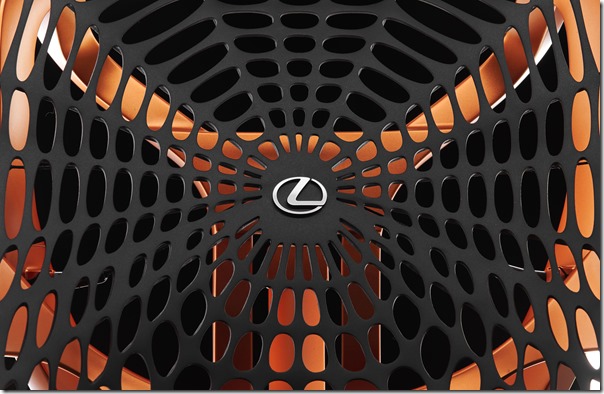 Although it is a concept, the seat that Lexus is going to be showing at the 2016 Paris Motor Show is anything but a “classic” design.

The “Kinetic Seat Concept” not only resembles a spider web (we’ll forego the Peter Parker references), but it is made of a material developed by a Swedish firm in Stockholm, Spiber Technologies, which is located at the KTH Royal Institute of Technology. They’re using recombinant DNA to make synthetic spider silk (according to the company, “To produce spider silk protein recombinantly, we selected only a portion of the gene sequence that spiders use to make spidroins. We call this the mini-spidroin. The selected gene sequence was then cloned into E. coli bacteria,” which is more than we want to know, especially the last bit). 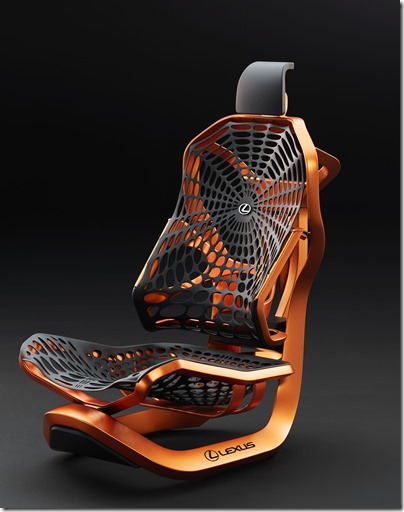 Back to the seat. The design (not the styling) is executed such that the net not only fits the shape of the occupant’s body, but because the center of the backrest is located at shoulder blade height, the head is stabilized such that there are high levels of support.

Not surprisingly, the seat is lighter than conventional models. Not only does mass reduction lead to using less fuel, but unlike traditional seats that use various foams and plastics, there are no petroleum-derived materials used for the Kinetic Seat Concept.