As the political season is getting down to the nuts and bolts, and as there is the expected amount of flag-waving going on, it strikes us as appropriate to point out that Craftsman Industrial has come out with a new line of wrenches that, unlike those available from other sources, are proudly made in the U.S.A. 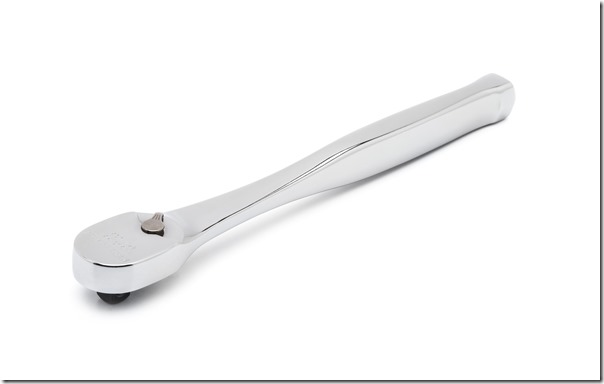 Perhaps more notable is the fact that these wrenches are, by and large, superior to the wrenches that they replace. For example, the Premium Grade Ratchet is 12 percent stronger than what had been on offer. It features 84 teeth so there is a 4.3-degree of ratcheting arc. There is a long handle for 15 percent more torque and a thicker beam to provide more surface area for force distribution.

And there are combination and double-box end styles, as well.

Another good characteristic: a lifetime warranty.

Which politicians don’t come with.