XPeng and NIO: Their Approaches to the Market

Although their sales numbers are far from enormous, their strategies may provide huge growth opportunities

Two Chinese electric vehicle manufactures have announced their October sales numbers, and on a percentage basis they are rather astonishing.

XPeng Inc. said that compared to last October, its sales are up 229%. 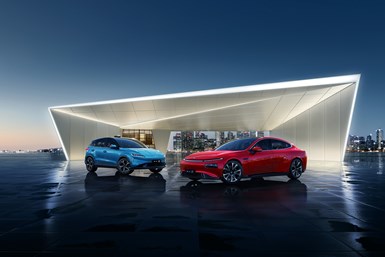 How many cars did each of these companies deliver in October?

For the year so far, XPeng has delivered 17,117 vehicles.

XPeng has two models: the P7 sports sedan and the G3, a compact SUV.

XPeng describes its vehicles as being “smart.” As does NIO.

What Do They Do?

XPeng describes itself by saying it “designs, develops, manufactures and markets Smart EVs that appeal to the large and growing base of technology-savvy middle-class consumers in China.”

Why This Is Clever

According to an article by the OECD, “By the end of 2030, China’s middle class will grow by approximately 45% and add 370 million people for a total of almost 1.2 billion.”

Seems like the appropriate place to focus one’s products.

NIO “aims to build a community starting with smart EVs to share joy and grow together with users.”

Sounds like more than just moving sheet metal. Note how more Western OEMs are focusing on connecting vehicles to homes and to retail. Data is going to become extremely valuable. A company that is working on building a community and working on AI is clearing thinking in these terms.

So here’s the question: Even with these comparatively small sales numbers, are XPeng and NIO OEMs to watch or are they going to disappear in an ocean of EV startups?