The auto industry's revolution touches all aspects of the business, but none more than vehicle interiors and how they will change.
#supplier #engineer #Adient

Traditionally, the auto industry has been slow to change. The reason, of course, is that OEMs want to make sure that whatever changes are made are, in effect, bullet-proof. What’s interesting to consider, however, is that back in the early days of the industry there was an absolute drive for innovation in all forms. But as companies, due largely to economic downturns during the 20th century, as well as unfortunate events like wars, consolidated, they became bigger. And slower. And with time, more risk-adverse.

But now the auto industry is becoming more like what it was in its early days due to the driving forces of connected, automated, shared, electrified (CASE) technologies. Or at least the conditions that the OEMs (and suppliers) are facing are more early-days-like. 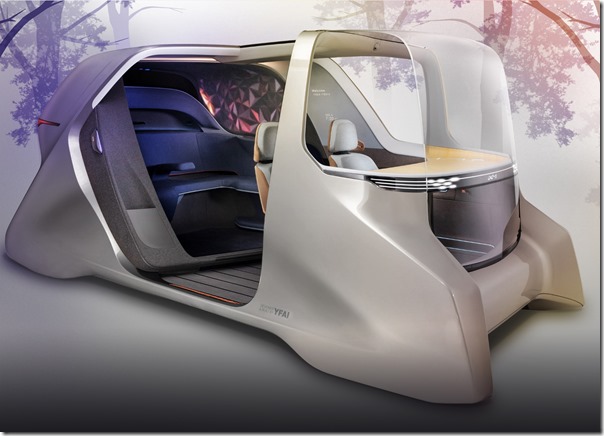 The Yanfeng XiM20 demonstrator deploys a variety of advanced technologies. Jeff Stout points out that the company did consumer research to determine what they were interested in, then the Yanfeng designers, researchers, engineers, and technologists went to work to create the ways to address those interests.

Consider: With the exception of the powertrain, there is no other part of a vehicle that will undergo more comprehensive change as a consequence of CASE than the interior. So Stout and his colleagues want to be ahead of the change, not reactive to it.

As Stout explains, in addition to CASE, other drivers of the need for faster change within automotive are China and Tesla. He says that in the case of the former, Chinese companies and consumers are interested in new tech and so there is implementation, and if it doesn’t work or resonate, then it is removed.

In the case of Tesla, as it is more of a tech company than a traditional car company, it, too, is quick to implement.

Speaking of quick implementation, Stout references an Israeli-startup, Noveto Systems. It has a technology that uses sensors, transducers and software that are orchestrated so that individuals are tracked within a vehicle and sound is directed specifically toward them, even when they move in the cabin (which is likely to be something that occurs more regularly in autonomous vehicles).

Stout says a technology like this ordinarily would take about eight years to get into a vehicle. Eight years from idea to implementation. For this smart audio system, it is going to be two, with the tech being made available in a vehicle next year.

Stout talked with “Autoline’s” John McElroy and me about a variety of subjects that also include the recent agreement with Prisma Renewable Composites for a material based on lignin, a “glue-like” material that is a byproduct from pulp and paper processing. Prisma has used lignin to develop “BioLAN,” a material that can be used to replace ABS plastic, which is used in multiple applications in vehicle interiors. Stout says that this material, while “green,” is cost-neutral.

You can see the discussion here.