Even though there are plenty of things that people take for granted and consequently that that’s just the way things are, innovative thinking can change them, significantly.

Take the classic battery cable terminal that’s fastened to the post with a horizontal bolt.

Yazaki has developed a new approach to this, a multi-directional battery terminal that uses a bolt-and-wedge design that vertically fastens it to the battery with evenly distributed clamping pressure between the terminal and the battery posts. It uses a bolt, bracket, and plate nut combination to transfer force to the terminal body. 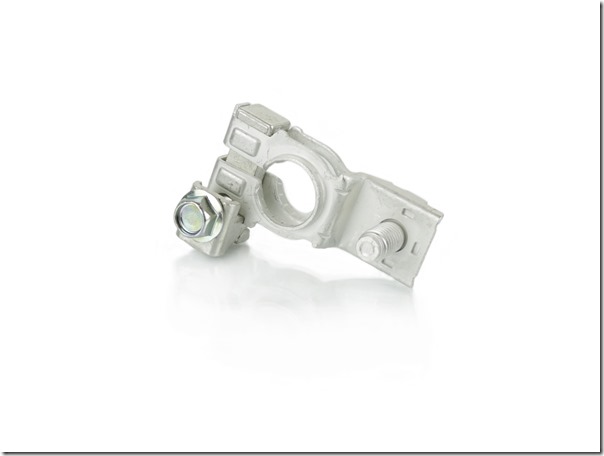 There are said to be several advantages to this design, including a 40 percent weight reduction as well as a 50 percent cost reduction.

Even a simple thing like the cable terminal can be made even better through clever design.