Your Car Keeping an Eye On You

“For the first time ever, we’re closing the loop on human behavior understanding through vision AI,” says Modar Alaoui, founder and CEO of Eyeris, a company that has developed technology for face analytics and emotion recognition, which has now extended that to body tracking and action and activity recognition.

It uses standard 2D cameras. For the face analytics, for example, the system processes facial micro expressions, picking up some 30 face reading analytics.

This tech is said to be relevant for auto use by being able to determine the state of driver’s and passengers’ moods and conditions, or as Alaoui puts it, “a new breed of qualitative analytics for occupants’ action and activity recognition.”

All of this actually has some benefit beyond the potential creepiness of having one’s vehicle watching them. For example, in automated driving systems it is useful to determine the driver’s state of attentiveness: Level 3, or “conditional automation,” has it that the human driver is going to have to take over driving when the system reaches its limits, so were the driver to be, say, sleeping, that would not be a good thing.

Eyeris Occupants monitoring AI is said to be capable of looking at the behavior of the occupants and making adjustments to the cabin appropriate to the situation.

Mobility startup NEXT Future Transportation, which is developing small, electric, autonomous transit pods that carry smaller number of people than is typically the case in public transportation designs but does so in an efficient manner is interested in this tech. According to Emmanuele Spera, founder and chief executive officer, NEXT, "Eyeris enables NEXT with an overall visual understating of occupants' state to gauge rider satisfaction on public transit or customer satisfaction in customer-agent interactions. Eyeris allows us to gain better insights to provide safer and more courteous public transportation, further motivating commuters to use these services, including end-to-end multi-modal travel." 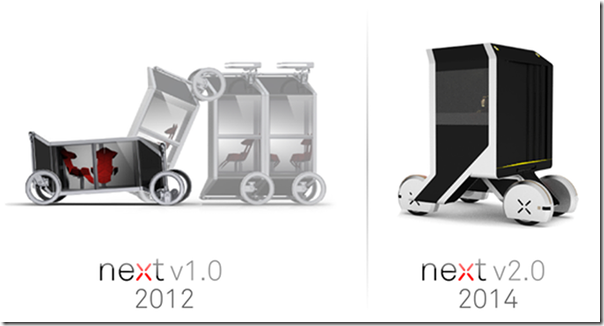 So maybe having the vehicle you’re in keeping an eye on you can be beneficial.

However, it is worth noting that at this week’s CES, LITE-ON Technology Corp. demonstrated its product using Eyeris tech for body tracking and face reading analytics: for its surveillance camera.