Zanardi was involved in a horrific racing accident that led to the amputation of his legs. Now, BMW Motorsport engineers have modified a racer just for him.
#racing #BMW #oem

One of the all-time best—and nicest (based on having had the pleasure of meeting and talking with him some years ago, when he was running in the CART series: he won the championship in both ’97 and ‘98)—racing drivers is Alex Zanardi.

Zanardi was involved in a horrific racing accident in 2001 that led to the amputation of his legs. But he is ever the competitor, participating in racing ranging from the FIA World Tour Car Championship to the Paralympic Games, where ran handcycling and medaled in the sport. 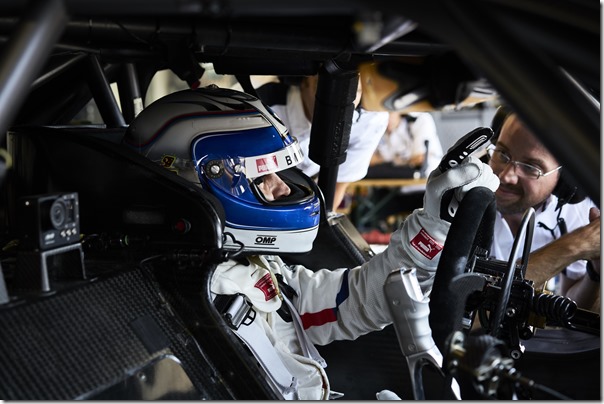 Presently Zanardi is familiarizing himself with a BMW M4 DTM car that has been specially modified for him. Whereas previous touring cars he’s raced in had Zanardi use a prosthetic leg for braking, the car he’s now testing has been modified by BMW Motorsport engineers so that there is a brake lever to the right of the driver in the center console area.

This isn’t just a matter of running brake lines to the lever. The large brake cylinder has been adjusted so that Zanardi needs to apply a maximum of 70 kg of pressure on the lever for braking, whereas a foot-activated brake would require 100 to 120 kg. 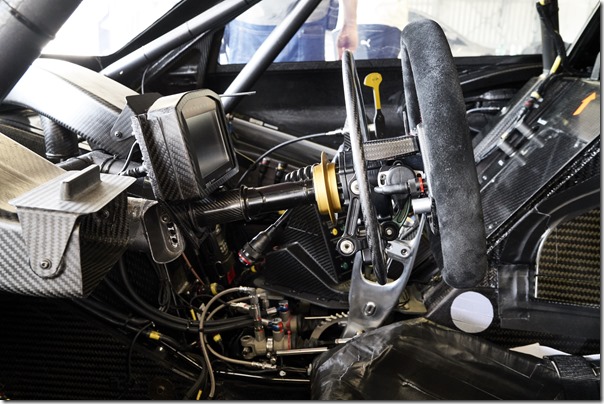 There is a fully automatic centrifugal clutch that opens and closes based on engine speeds, which means that Zanardi doesn’t need to operate a clutch lever that would serve the function of operating the clutch (which is used at the start of the race and when pulling out of the pits after a stop).

Gear shifting is performed on the BMW M4 DTM via paddles, as in conventional cars. However, downshifting, which ordinarily is done in concert with braking, is setup in Zanardi’s car such that there is a shift paddle on the end of the brake lever.

As for acceleration, there is a throttle ring on the back side of the steering wheel.

Zanardi is scheduled to run in the DTM races being held in Misano, Italy, August 25 and 26.

Here’s hoping for all the best for him.