Lynk & Co has revealed its second concept car, the Zero Concept, which is to become a production car in 2021. It is an electric vehicle that is based on the Sustainable Experience Architecture (SEA) that has been developed by Zhejiang Geely Holding Group, had developed, a platform that Geely will use across its nine automotive brands (yes, Lynk & Co  is one of them, as is Volvo), and which Geely says it will offer to other OEMs who are interested in deploying it. According to Geely, SEA can be used for everything from A- through E-segment vehicles. 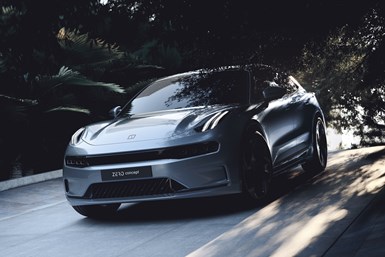 The Lynk & Co Zero Concept. Next year it will be a production car. (Image: Lynk & Co)

According to Stefan Rosen, head of design for Lynk & Co, “Our new electric architecture gives us the freedom to develop beautifully proportioned cars that are elegant, flexible and completely dynamic. Sustainability is key in our design strategy; we believe in a future with carefully selected materials and new technologies.”

Another aspect of the Zero Concept that is notable is that Geely has signed an agreement with Mobileye to deploy Mobileye’s SuperVision system, which will be used as the basis of the Lynk & Co CoPilot system. 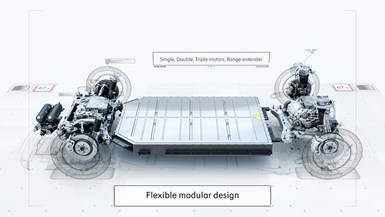 Amnon Shashua, president and CEO of Mobileye, descrbies this as “a game changing moment in the life of driving assist,” as he says that they’re talking about vehicle scale in the tens or hundreds of thousand units, which will help drive down the cost of this advanced driver assistance system (ADAS) technology to what Shashua calls “consumer pricing.”

He explains that this is a level at which personal owners are able to afford what he says is “Level 2+” technology. 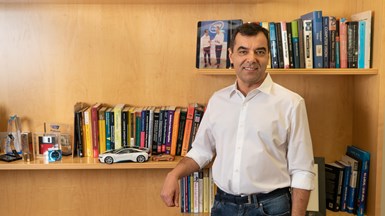 However, he acknowledges that SuperVision is not inexpensive.

That’s because it consists of 11 cameras—seven long-range, four short range—that provide a 360° view around the vehicle and two EyeQ5 High processors, Mobileye’s custom system on a chip. (It should be noted that Mobileye is owned by Intel.)

The system will be able to provide capabilities ranging from highway hands-free to urban hands-free driving (predicated on the level of software used).

SuperVision will be regularly maintained via over-the-air updates.

Shashua says that although the COVID-19 pandemic has caused something of a restriction of automotive developments in the U.S. and Europe, that’s not the case in China, where the Zero Concept will be built. He suggests that within the next few years there will be “very innovative technologies” appearing on an increasing number of Chinese vehicles.

He also points to the speed of development being undertaken by Geely. “No other car maker would be making such a launch in the middle of 2021.”