Rear steering can provide big benefits. And ZF is building lots of them.
#supplier #oem #ZF

Although rear steering isn’t something that’s commonplace by any stretch, the technology is certainly advantageous for performance driving (vehicles that are using the tech include the Porsche 911 Turbo and 911 GT3), as well as, well, for more benign driving, as in maneuvering into a tight parking place. And even though there isn’t a huge proliferation, ZF announced today that they’ve produced their 500,000 Active Kinematics Control (AKC) control system just six years after they put it into production. 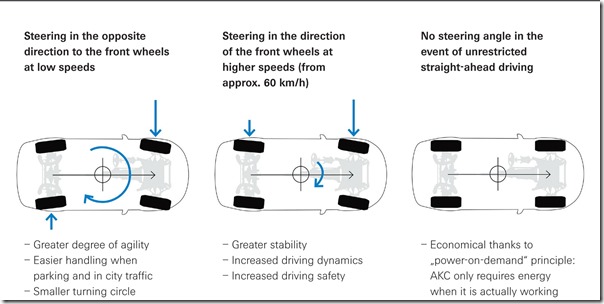 The system uses a length-adjustable toe link that is adjusted through electromechanical actuators based on driving conditions. These actuators aren’t mechanically connected to the steering wheel; the adjustment is predicated on control software that takes into account factors such as the angle of the front wheels and the speed of the vehicle. Small adjustments—on the order of three degrees—of the rear track angle can have what ZF describes as “a distinctly noticeable and positive impact on vehicle handling.”

The AKC systems (one type uses an actuator on each rear wheel and was the first ZF introduced; the other has a larger, centralized actuator and is for larger vehicles, such as the Audi Q7 and the Cadillac CT6) are produced in the ZF plant in Lebring, Austria. 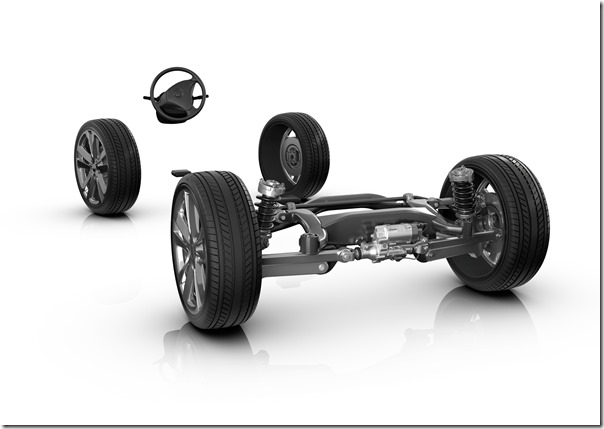 According to plant manager Robert Lamprecht, "Currently, around 1,000 AKC systems roll off the line every day. To meet demand, we're planning a considerable increase in capacity over the next few years." It is worth noting that this planned additional assembly line will join a recently installed third line.

AKC evidently has a big future, as ZF anticipates having the capacity to produce over 0ne-million systems per year.