ZF in the Oasis

What you’re looking at is the “Intelligent Rolling Chassis” ZF has developed for the Rinspeed Oasis, a concept vehicle.
#ZF #Harman #supplier 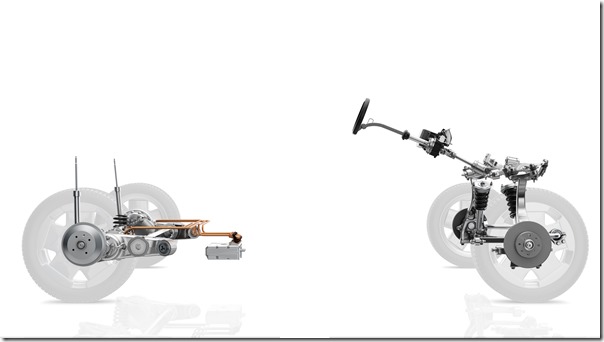 What you’re looking at is the “Intelligent Rolling Chassis” ZF has developed for the Rinspeed Oasis, a concept vehicle. It is an electric vehicle. It is an autonomous vehicle. Like all concept vehicles to come from Rinspeed (this is the twenty-third), it is an imaginative vehicle—but one that has input from serious engineering companies like ZF, Harman, GF Automotive, and others.

The IRC is making its world debut in the Oasis. It has ZF’s Electric Twist Beam (eTB) rear axle. At the rear there are electric motors that are integrated with a single-speed transmission.

There is a ZF electro-mechanical steering system that works with a dual control arm independent suspension on the front axle, which provides the vehicle with a 75-degree turning radius, which means that the vehicle is highly maneuverable in tight spaces.

Also enhancing maneuverability is the electronic control unit that’s housed within the IRC. It receives signals from various control systems on the car that are then used to make the necessary adjustments.

Worth noting is that because this is an autonomous vehicle, the ZF single-spoke steering wheel has 10 capacitive sensor fields within the circumference of its rim so that if the driver removes her hands from the wheel, the vehicle immediately is aware of it (and vice versa).

In addition to which, should the vehicle operate in autonomous mode, the steering wheel is foldable so that the area can be used for something else (like a table).

The driver’s side airbag? No, not in the steering wheel, but in the headliner above the driver.

As for the “Oasis”: there is actually a small garden area behind the windshield. Yes, garden. 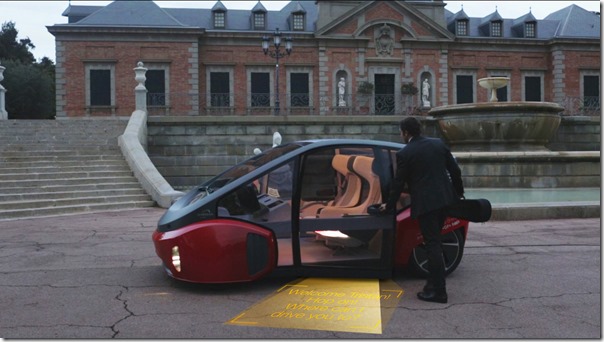