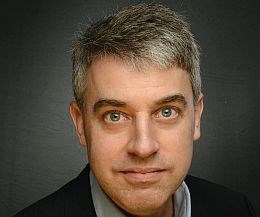 Peter Zelinski has been a writer and editor for Modern Machine Shop since 1997. His monthly column, “The Z Axis,” has been part of the magazine since 2000, and he became editor-in-chief in 2016 — only the sixth person to fill that role since the magazine’s debut in 1928. One of the aspects of Pete’s work he enjoys the most is visiting machining facilities to learn about the manufacturing technology, systems and strategies they have adopted, and the successes they’ve realized as a result. Pete is also an authority on the advance of 3D printing into industrial production, and in 2012 he helped to launch Additive Manufacturing magazine. Serving as the editor-in-chief of this publication as well, he regularly speaks at the Additive Manufacturing Conference, he is the co-host of an award-winning video series on additive manufacturing, The Cool Parts Show, and in 2020 he was co-host of the U.S. Air Force’s Advanced Manufacturing Olympics. Pete earned his degree in mechanical engineering from the University of Cincinnati, and he first learned about machining by running and programming machine tools in a metalworking laboratory within what is now GE Aviation.