The Chevrolet Malibu Hybrid has been named the 2016 Connected Green Car of the Year by Green Car Journal.
#Mazda #Porsche #Volvo 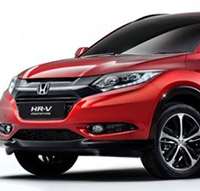 The winners were announced this week at the Washington, D.C., auto show. In addition to fuel economy and other environmentally friendly characteristics, vehicles were judged on safety, quality, functionality, performance and value.

The all-new Malibu Hybrid edged out the Audi A3 e-tron, BMW 330e and Toyota Prius for its award. Using a hybrid drivetrain derived from the latest generation Chevy Volt, the Malibu has an estimated city/highway combined fuel efficiency of 47 mpg.

The Honda HR-V compact crossover gets an estimated 35 mpg on the highway with its 1.8-liter i-VTEC 4-cylinder engine. Other finalists in the category were the BMW X1 xDrive 28i, Hyundai Tucson, Mazda CX-3 and Toyota RAV4 Hybrid.