Last week, the dissolution of SB LiMotive, the joint-venture between Bosch and Samsung SDI established in September 2008 for the development of battery systems for electromobility, was announced. 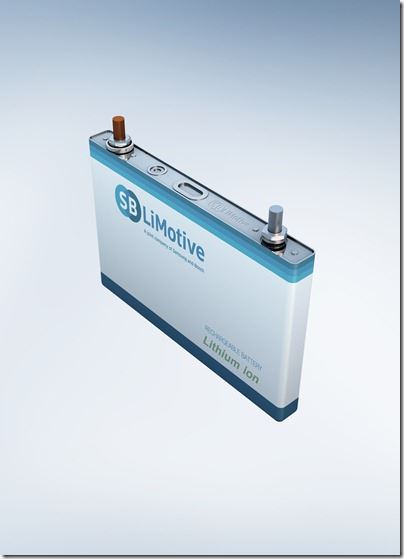 BMW AG has awarded orders for $11.3 billion worth of battery cells for electrified vehicles over the next 12 years.

Lucid Motors Inc. says the base price of its Air electric vehicle will be $60,000, excluding tax credits. This would undercut the starting price of a Tesla Model S electric sedan by more than $11,000.

South Korea’s Samsung SDI Co. says it is developing a high-energy-density lithium-ion battery system that would enable electric vehicles to travel 600 km (373 miles) and be recharged to 80% capacity within 20 minutes.

A look at improvements that are being made to advance vehicle technology by Bosch—you may be surprised. 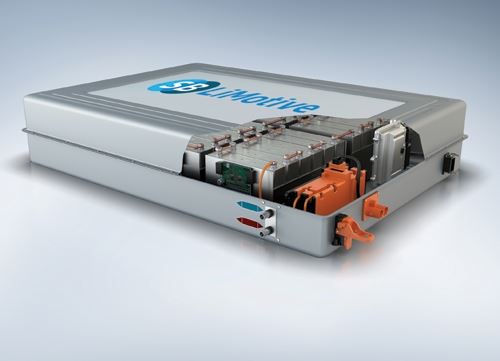 Samsung SDI Co. says it will spend 400 billion won ($358 million) to erect a factory near Budapest, Hungary, to make batteries for electric vehicles.

Tesla Motors Inc. is testing a large batch of lithium-ion cells supplied by Samsung SDI Co. as a final precursor to adding the South Korean company as a second battery supplier for its growing electric vehicle lineup, The Nikkei reports.

Audi AG has selected its plant in Brussels to make the Q6 e-tron electric crossover due in early 2018, according to Belgian newspaper De Morgen.

Volkswagen AG's Audi arm says it is working with LG Chem and Samsung SDI on a new battery pack for a previously announced electric SUV/crossover.

BMW AG has agreed to hike its purchase of lithium-ion battery cells from South Korea's Samsung SDI for its i3 electric and i8 plug-in hybrid cars.

Tesla May Build Its Own Battery Factory

Tesla In Talks with Samsung as Second Battery Source

Electric carmaker Tesla Motors Inc. may tap South Korean battery producer Samsung SDI Co. Ltd. as a second supplier as it tries to add models and volume, according to Reuters.

A three-year-old technology company in Texas says its scalable plug-in electric powertrain can deliver as much as twice the range of current mass-market plug-in systems.