COVID-19 is hampering the Volkswagen brand’s effort to relaunch its huge assembly plant in Puebla, Mexico.

The company says nearly half of the facility’s returning 11,400 employees have been tested for the coronavirus. About 2% of those results, representing about 100 workers and staff, were positive. 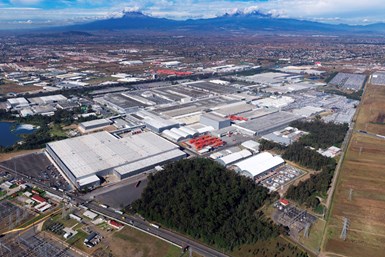 One hundred reported positive cases is a new single-plant high for the auto industry. Affected employees were infected sometime after the Puebla plant shut down on March 30 and before it reopened on June 16, according to the company.

Meanwhile, VW says the Puebla complex remains “focused on training and preparation for the start of manufacturing.”

The infections underscore the difficulty for manufacturers in Mexico, where the pandemic is far from under control. Mexico has become a hotspot for COVID-19 with more than 185,000 reported cases and 22,600 deaths as of today.

Puebla has been especially hard-hit. Last month, the state’s governor delayed granting permission for several facilities, including Audi and VW brand factories, to reopen. The Puebla complex is the last of the VW brand’s 13 assembly plants worldwide to resume operations, according to the company.

The facility isn’t likely to achieve anything close to that volume this year.

VW has had notably smoother relaunches of its factories in China and Europe. Its rocky experience in Mexico is a reminder that the industry is still climbing the learning curve about reconciling the challenges of the pandemic with the demands of mass production.