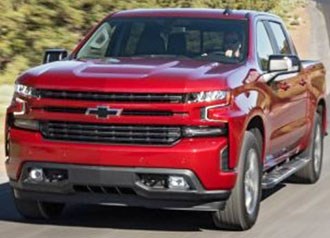 EPA ratings haven’t been announced for an updated version of the Ram’s 3.0-liter V-6 diesel due later this year. Honda, Nissan and Toyota don’t offer diesel engines in their fullsize light-duty pickups. 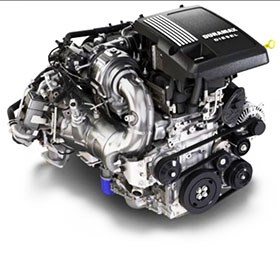 The Silverado’s new 3.0-liter Duramax inline 6-cylinder diesel generates 277 hp and 460 lb-ft of torque. The engine has an automatic stop-start system and will be mated with a 10-speed automatic transmission.

The new diesel—the first offered in a light-duty Chevy pickup since 1997—features an aluminum block with iron cylinder liners, silicon/aluminum pistons and a forged steel crankshaft and connecting rods. Fuel efficiency is enhanced via an active thermal management system that warms up propulsion components faster, according to the carmaker.

In addition to the new diesel engine, Chevy says the 2020 Silverado benefits from improved aerodynamics, enhanced braking capabilities and the efficiency of the 10-speed gearbox. The all-wheel-drive version of the Silverado diesel is rated at 23 mpg city/29 highway/26 combined.