Next year’s Detroit auto show will begin on Sept. 28, not June 15 as previously planned.

Organizers say they moved the date in part to position their show at the traditional start of the new model year.

“We have talked with many of our partners, particularly the OEMs, and they are fully on board and excited about the date change,” says Rod Alberts, the show’s executive director. 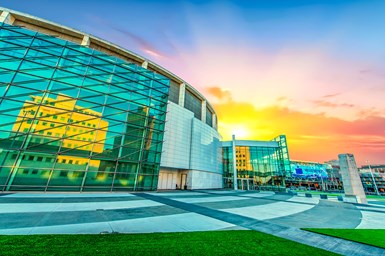 “Spreading out major auto shows is a win for everyone, particularly our partners,” Alberts adds.

The move puts more space between the Detroit show and the one in Los Angeles. LA organizers confirmed early this month they were rescheduling their show, normally staged in November, to late May.

Detroit said two years ago it would move from its traditional January date to mid-June. That date had to be scrapped when the COVID-19 pandemic turned the TCF Center (formerly Cobo Center) into a temporary field hospital.

The June show was to expand beyond displays inside the TCF Center with an additional 1 million sq ft of outdoor OEM and supplier displays and demonstrations along the Detroit riverfront.