You’re a winner if you had August 2021 on your auto show bingo card for the next New York gathering. 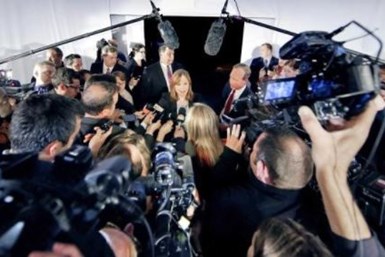 In the latest move in a dizzying array of scheduling updates initially prompted by COVID-19, organizers have moved the New York show back four months to Aug. 20-29, 2021. Media events will start a day earlier.

Initially, this year’s show was postponed from its traditional April time slot to August. But that quickly proved to be too optimistic and by late May the 2020 edition was canceled altogether.

Most other major industry events also have been postponed, canceled or rescheduled as virtual events. The Beijing auto show, which was moved from April to late September, is one of the few large-scale shows to be held with in-person attendees.

In addition to sowing confusion, the shuffling of shows created some potential conflicts for exhibitors and attendees. At one point, three major North American auto shows—New York, Los Angeles and Detroit—were set for successive months.

That issue has since been resolved with Detroit’s plan to move to late September next year. This will position it to the traditional start of the new model year.

In addition to distancing itself from the Los Angeles show—but closer to the new Detroit date—the updated plan for New York has other logistical benefits.

A significant expansion of the Javits Center, where the event is held, is due to be completed next summer. This will add 100,000 sq ft of exhibit space on the main show floor and a 53,000 sq-ft special event space. Billed as the largest of its kind, the latter will accommodate as many as 5,000 people.

Additional space to showcase electric vehicles also is said to be in the works. This could include an on-site test track.

Of course, all this is assumes that the industry returns to relatively normal operations next year, where safe large-scale gatherings are permitted, and there are no more scheduling changes.

A bigger concern is the extent to which auto shows, which have been losing their appeal for years, will be relevant under whatever the so-called new normal becomes.

Better hold onto those bingo cards.