A Comeback for Cash-for-Clunker Deals?

We may see the return of a decade-old idea to get car sales moving again.

In 2009, so-called cash-for-clunkers programs popped up all over the world to help jumpstart car sales that had been stalled by the Great Recession.

Now that sales rates are skidding to lows not seen since then, the idea is getting renewed attention.

How to Stimulate New Car Demand

The plans of a decade ago varied in the nature of the incentive and which vehicles qualified. But they all shared the same two objectives: stimulate new-car demand while taking older and higher-polluting vehicles off the road. 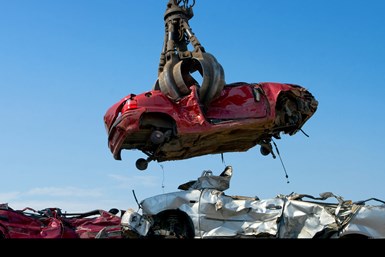 Russia’s central government pumped $348 million into a program that paid $1,700 to owners who agreed to scrap cars that were at least 10 years old and replace them with new vehicles. Sales promptly jumped 20%, so the government doubled its funding and extended the program

Experts say reviving the concept of scrappage programs these days is in the early stages of consideration. The idea isn’t likely to get serious attention until the coronavirus pandemic is brought under control.

Even then, there will be debate over how or whether to help the auto industry so directly. Consider the federally funded, $3 billion cash-for-clunker program staged in the U.S. 11 years ago. Officially named the Car Allowance Rebate System, it offered as much as $4,500 to owners who were willing to scrap their 10-year-old cars and buy new ones. 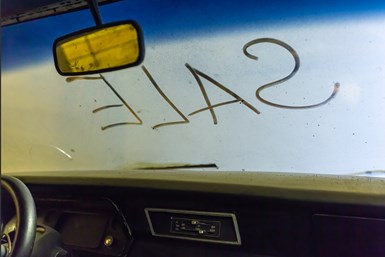 A Brookings Institute assessment in 2013 concluded the plan took 678,000 inefficient cars off the road and prompted a net 370,000 additional sales of new cars.

The analysis also calculated that those sales were simply pulled forward and would have occurred anyway, although not as quickly. The study agreed that the plan lowered carbon dioxide emissions. But it said it would have been cheaper to heap more subsidies on ethanol fuels.

Finally, Brookings noted that the program created jobs—at a cost of $1.4 million each. Cutting payroll taxes or hiking direct aid to unemployed workers would have been far more cost-effective, the assessment concluded.

Whether government-funded incentives resurface in the wake of today’s health crisis isn’t clear. Those in positions to make them happen seem to be taking a more holistic view.

U.S. Rep. Debbie Dingell (D-Mich.) tells Bloomberg News that federal sales incentive are one of “many other ideas.” For now, she says, “We’re working with the entire ecosystem of automakers, workers, their unions, suppliers, dealers and consumers.”