A Stick Shift Without the Foot Work

Hyundai is introducing a 6-speed manual transmission that doesn’t require a clutch pedal.

The technology, which debuts this month in India on the local variant of the Venue crossover, promises to provide the efficiency and fun of a manual without the hassle of having to work a clutch.

How Does it Work? 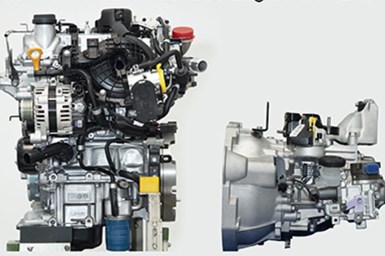 What’s unique about iMT is that it maintains a stick shift controller with conventional gear shift patterns, whereas AMTs and DCTs either automate the whole process or have lever or paddle-style shifters.

Hyundai’s system uses an “intention sensor” connected to the shifter to detect and predict when the driver wants to change gears. That sends a signal to the transmission control unit, which primes a hydraulic actuator to pressurize a slave cylinder that engages and disengages the clutch as needed.

The technology takes the stress out of operating a manual in stop-and-go traffic without the fuel efficiency and performance compromises of a torque-converter automatic transmission, according to Hyundai.

In addition, the carmaker says, iMTs will be less expensive than a conventional automatic.

But it’s likely pricier and less efficient than a three-pedal setup. And it could be prone to the same shift smoothness issues that afflict AMTs, skeptics warn.

In India, the Venue’s 6-speed iMT will be paired with a turbocharged 1.0-liter 3-cylinder engine. Hyundai’s Kia affiliate also plans to offer the transmission in India, starting with the all-new Sonet crossover.

Not surprisingly, there are no immediate plans to bring the transmission to the U.S. The Venue is one of the increasingly rare number of vehicles that offers a manual transmission, which in this case is a conventional row-it-yourself 6-speed unit with a clutch pedal.

The take-rate for manual transmission options in the U.S. is less than 15%. It doesn’t make sense for Hyundai to offer the technology here unless demand increases.