A Tough Week for Carmakers

Lousy financial results but considerable optimism that the worst is over.
#Renault #Ford #GMC

Everyone knew it would be ugly.

COVID-19’s painful toll on carmakers was spelled out in a flurry of grim quarterly reports earlier this week about slumping sales and plunging revenue. 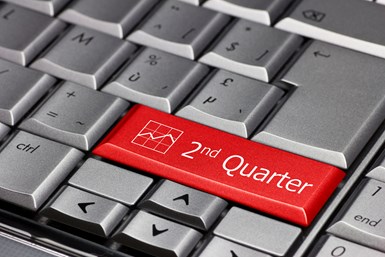 It took five companies—Fiat Chrysler, Ford, General Motors, Nissan and Volkswagen—only three months to rack up a combined $6.7 billion in operating losses. That works out to nearly $74 million per day.

Carmakers put on a brave face about the April-June debacle. They pointed out that the numbers would have been far worse if it wasn’t for diligent cost controls and astute financial management, coupled with a relatively strong demand for high-margin SUVs and pickup trucks.

Producers are optimistic that the remainder of 2020 will bring some sort of sales and financial revival. But they’re also realistic about how long it will take to return to the forecasts they were making before the pandemic broke out.

Here’s a rundown on what happened this week.

GM says its losses for the quarter belie the company’s resilience in the midst of the pandemic.

True, revenue skidded 53% to 16.8 billion. And its net loss of $758 million for the period was its first quarter of red ink since GM emerged from bankruptcy 11 years ago.

Still, its loss was relatively mild, thanks to strong demand for the carmaker’s Chevrolet and GMC full-size pickup trucks. It didn’t hurt that the average selling price of those vehicles jumped $1,500, largely because of a drop in incentive spending.

GM points out that its all-important North American operations nearly broke even in the second quarter in spite of the health crisis.

Like its rivals, GM is now rebuilding dealer inventories. If all goes well, the company says, it could pile up at least $4 billion in pretax earnings through the remainder of the year. That includes generating enough cash to pay off the $16 billion it borrowed in March.

Ford was a relative bright spot this month, surprising analysts with better-than-expected results. The company’s $1.9 billion operating loss was much smaller than the $5 billion shortfall Ford predicted in April.

That was no small feat, given that Ford’s revenue plunged 54% in the second quarter. The company lost money in every regional market, led by North America (-$974 million) and Europe (-$644 million).

In spite of those losses, the company stood out among its peers by reporting a positive net income—$1.1 billion—because of its stake in autonomous-driving software developer Argo AI.

Ford expects “no meaningful change” in current economic conditions through the second half of 2020 and expects to post a full-year pretax loss. But the company also anticipates no significant COVID-19-related disruptions to production.

But there were victories too. In South America, the company became the industry leader in sales, hiking its market share to 15.9%, including a record 19.8% in Brazil.

The company also is counting on a three-year, $7.5 billion government-guaranteed line of credit to buoy its operations in Italy.

FCA says the pandemic only buttresses the “compelling logic” of the company’s planned merger with PSA. The carmakers still hope to complete the deal in the first quarter of 2021, even though some details may be adjusted late this year when both companies gain a clearer picture of their balance sheets.

VW’s operating loss for the period ballooned to $1.7 billion, and its net loss totaled $1.9 billion. Revenue for the three months sagged 37%.

The company didn’t comment about 2021. But it does expect a downturn in the global economy in 2020, even though signs of recovery will emerge later this year.

Nissan was in trouble long before the COVID-19 pandemic began. The company racked up a net loss of $6.2 billion for the fiscal period ended March 31.

It only got worse from there. The carmaker’s operating loss in April-June soared to nearly $1.5 billion, and its net loss rose to $2.7 billion.

Nissan says this year is shaping up as its worse ever with an operating loss of $4.5 billion or more. The company is dropping it dividend—another blow to its increasingly creaky 21-year-old alliance with Renault—and readying yet another round of cost-cutting measures as it strives to pay for developing new models and technologies.

It’s no surprise that the auto industry has taken a heavy financial hit. What’s encouraging is how well it’s handling the crisis.

The pandemic is bigger, more pervasive and infinitely more insidious than the financial crisis a dozen years ago. Yet the industry’s response to the coronavirus has been impressively well managed, considering. It’s beginning to look like the worst is over.