ADAS by Any Other Name 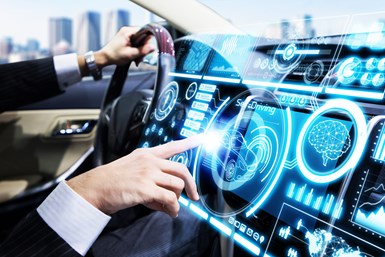 The proliferation of advanced driver assist systems (ADAS) offered in today’s vehicles has created an alphabet soup of terms used to market and describe them.

In an effort to simplify things for car buyers, a coalition of industry groups has created a cheat sheet to define what does what—and what it’s called—in your new ride. The glossary was developed by AAA, Consumer Reports, JD Power, the National Safety Council and SAE International.

The common nomenclature is meant to be simple, specific and concise, based on system functionality. It all starts with the name of the campaign: Clearing the Confusion: Recommended Common Naming for Advanced Driver Assistance Technologies.

Updates will be made as needed as new systems are developed and introduced. The definitions build on SAE’s J3063 standard, which also will be updated to reflect the “Clearing the Confusion” terminology.

The naming convention and corresponding definitions are meant to reduce confusion and define the functions of ADAS in a consistent manner. Such clarification is critical to ensure drivers are aware these systems are designed to assist drivers, not replace them, the groups stress.

However, the terms aren't intended to replace proprietary names OEMs use to brand the technologies, they add.

In a 2019 report, AAA noted that as many as 20 different brand names are used for some systems. For example, adaptive cruise control also goes by prefixes such as smart, intelligent, dynamic radar, “distronic” and traffic aware.

The new list isn’t perfect. But it’s a great start.