Alfa Brings Back an Up-to-Date GTA

The company is celebrating its 110th anniversary this year, and a smokin’ fast tribute car is part of the celebration
#AlfaRomeo #Carbon #HP

Alfa Romeo has announced that it will be putting the Giulia GTA into production, which is a contemporary hat tip to the 1965 Giulia Sprint GTA.

There will be two versions of the car, both based on the Giulia Quadrifoglio, the GTA version, which has four seats, no rear roll-bar, and a spoiler and splitter designed for daily driving, and the GTAm, which is a two-seater with six-point Sabelt safety belts (the rear bench seat is removed, leaving space for helmets and a fire extinguisher) that has no door panels and which uses a belt in place of a handle for door opening. It has a roll-bar, and its aero kit is made for the track, although the vehicle is street-legal. 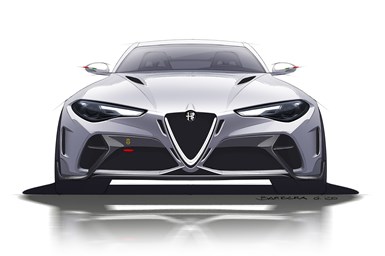 Both vehicles are powered by an all-aluminum, 2.9-liter V6 bi-turbo, which produces 540 hp.

There is an extensive use of carbon fiber on the GTA, as in the drive shaft, hood, roof, front bumper, front wheel arches and rear wheel arch inserts. 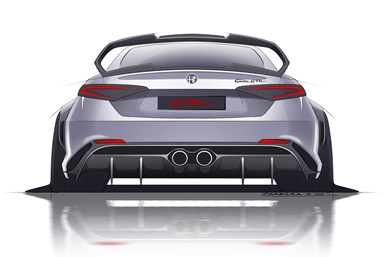 Aluminum is used for the doors and suspension.

Speaking of aluminum, the original Sprint GTA was based on the Giulia Sprint GT sports car, but Alfa engineers replaced the donor vehicle’s body panels with aluminum versions to reduce the mass to 1,642 pounds, compared with the road version’s 2,094 pounds. 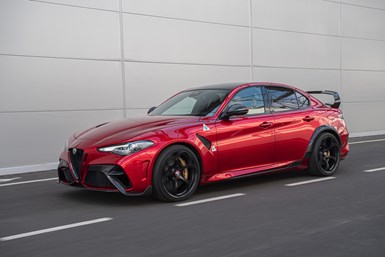 All in, the vehicle weighs approximately 3,350 pounds, which results in a car that offers 6.2 lb/hp.

One thing to know about the Alfa Romeo Giulia GTA: there will be 500 built. 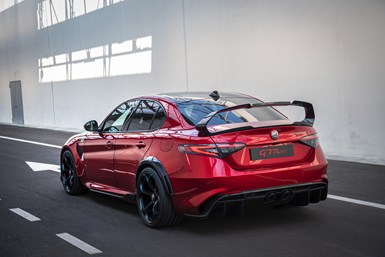 And the real thing.