All Toyota Plants Running for First Time in 5 Months

Toyota began closing down its assembly plants in February because of the coronavirus pandemic. The last of those facilities was to reopen on Monday.

Like other carmakers, Toyota has been resuming production in stages as local coronavirus pandemic conditions permit. None has returned to pre-COVID levels, however, in large part because market demand remains muted. 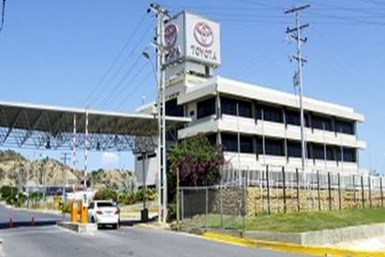 The company has assembly operations in more than 20 countries. The last holdout was in Venezuela, where the country’s economy was already in freefall well before the pandemic began, Japan’s Kyodo news service reports.

Not that the factory in Cumana City made any difference in Toyota’s global operations. Last year the company made 5.63 million vehicles outside Japan. Only 416, repeat 416, were assembled in Venezuela. Which is 0.007% of the company’s total output.

So why does Toyota even bother in Venezuela? Because it takes a very long view of its global markets. Venezuela has a storied history of wild swings in auto production, all linked to the country’s equally volatile economy.

Toyota’s presence in Venezuela dates to 1989. Its factory in Cumana City normally employs about 1,000 people, operating on a single shift to make 24,000 vehicles per year.

Four years ago the plant rode out a six-month shutdown when a shortage of hard currency made it impossible to keep the factory supplied. At the time, the plant was making Corolla sedans, Hylux small pickup trucks and Fortuner midsize SUVs.

Several carmakers have thrown in the towel in spite of attempts at creative financial solutions—allowing customers to buy cars at least partially in U.S. dollars, for example—because of a litany of economic disasters that shrank total car production in Venezuela to 3,000 vehicles (all of them produced by Toyota) in 2016.

That’s when General Motors gave up, assisted by the government seizing its plant in Valencia in 2017. By then, the facility hadn’t produced a vehicle in 12 months.

To look at it optimistically, Toyota is zeroing in on a monopoly for local car production in Venezuela. On the other hand, there is next to no demand for cars there. At the moment, that is.