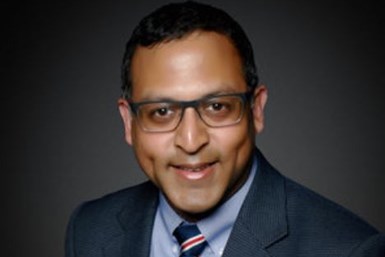 Mark Chaput, who had been serving as interim CEO since Michael Noblett’s departure last November, will remain as ACM’s chief operating officer. Noblett’s tenure lasted only nine months after he succeeded Kirk Steudle, who also served on an interim basis after ACM’s first CEO, John Maddox, left in August 2018 to join Lyft as the ride-hailing giant’s senior director of autonomous safety and compliance.

Sarkar will oversee the strategic direction of the test center, serve as a liaison with government and mobility industry stakeholders and work with the board of directors to develop new business opportunities.

The latter point is critical. ACM has struggled to attract business since the first phase of the sprawling 500-acre complex opened in late 2017. At an event earlier this year, officials estimated the facility was running at only about 30% capacity.

Part of the problem is that carmakers, large suppliers and some tech companies have their own test tracks and, in some cases, are using public roads to test autonomous and connected vehicles. However, no one company comes close to matching ACM’s overall capabilities—including a 1.5-mile urban roadway, 2.5-mile freeway loop and a 700-ft curved tunnel—especially not within a single controlled-environment site.

To grow business, ACM broke ground this year on a technology park with some 350,000 sq-ft of shovel-ready space to build on. Tenants would have easier access to ACM’s testing areas and be able to collaborate with co-located partners. A new event and product showcase venue also are in the works, which ACM says will allow companies to demonstrate new technologies to potential customers.

Charter member AT&T also recently signed a three-year extension through 2023, during which it plans to install a dedicated 5G network to enable more advanced research and testing.

Sarkar, who has an MBA and chemical engineering degree from the University of Michigan, started his career at General Motors as a fuels and lubricants expert. After working on various transmission and hybrid drivetrain programs, he went on to serve as the lead release engineer for the first-generation Chevrolet Volt’s electric drive system. During one of his assignments, Sarkar worked at a facility that once stood on ACM’s historic Willow Run site.

Sarkar later spent about four years (2014-2017) at the Dept. of Energy, where he was the deputy assistant secretary for transportation for the Office of Energy Efficiency and Renewable Energy. He oversaw programs aimed at reducing America’s oil dependency, including alternative fuel and electrification initiatives.

Most recently, Sarkar was the chief operating officer of Forge Nano, a Colorado-based company that specializes in surface engineering and nano-coating technologies. He also has had stints with Protera, Allegiant Scientific and Ridge-Lane partners, and has served as an advisor to two Washington, D.C.-based organizations—the Council on Competitiveness and Global Energy and Innovation Institute.