A U.S. appeals court has partially reversed a lower court ruling that had shielded General Motors Co. from legal claims about its defective ignition switches relating to the company’s conduct before its 2009 bankruptcy.
#GeneralMotors 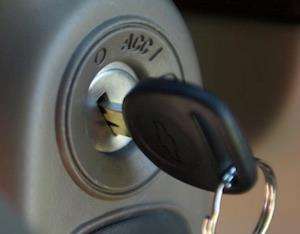 A U.S. appeals court has partially reversed a lower court ruling that had shielded General Motors Co. from legal claims about its defective ignition switches relating to the company’s conduct before its 2009 bankruptcy.

The ruling rejects GM’s attempt to continue blocking lawsuits that seek roughly $10 billion in compensation. GM’s argument, the court said, “asks that we reward debtors who conceal claims against potential creditors. We decline to do so.”

The original ruling, which was made by now-retired Judge Robert Gerber during GM’s restructuring seven years ago, sheltered “new” GM from liabilities stemming from “old” GM. Gerber said "new" GM should be judged solely on its own behavior following its emergence from bankruptcy.

The ruling became critical in 2014 when GM launched a recall to replace 2.6 million ignition switches linked to 124 deaths and nearly 300 major injuries. GM installed the switches in vehicles built between 2003 and 2007. The company also acknowledged that "old" GM knew about problems with the switches even before they went into production.

Today’s ruling by the U.S. Circuit Court of Appeals in Manhattan says GM should have reported such problems as engine stalls and airbag non-deployments and should have revealed them in bankruptcy, even if it didn’t yet know the cause.

The reversal will enable claims to move forward by owners who suffered lost resale value and creditors who settled with “old” GM before the ignition switch defect was disclosed.