Aston Martin Lagonda, the iconic maker of British supercars favored by James Bond, acknowledges (after denying it two weeks ago) that it’s in talks about “extended relationships” with unnamed investors.

One them presumably is Canadian billionaire Lawrence Stroll, whose name came up in England’s Autocar magazine two weeks ago. Stroll happens to own the Racing Point Formula One team, one of whose cars is driven by Stroll’s son Lance. Aston Martin sponsors a rival F1 team.

The pursuit of funding is familiar ground for Aston Martin. The 106-year-old carmaker has gone through multiple owners and seven bankruptcies so far. 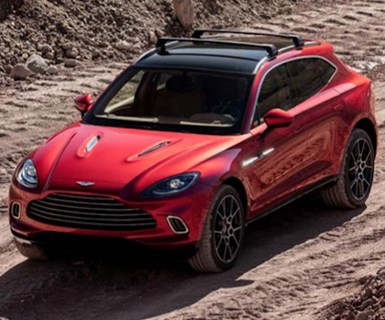 The company bolsters income from its mainstream cars, such as the $150,000 entry-level Vantage sport coupe) by selling handfuls of hypercars, among them the upcoming $1.1 million Valhalla and $3.4 million Valkyrie. In July, the marque cut its sales forecast for 2019 to 6,400 cars from a target of 7,200 units, citing market headwinds.

The company’s initial public offering hasn’t eased the chronic quest for cash. Shares that launched at £19 ($25) in October 2018 skidded to half that value by last summer. Since then, Aston Martin stock has averaged less than £6 ($8). No wonder bargain-hunter investors like Stroll are having a look.

SUV to the Rescue

Investing in Aston Martin now could be opportune. Aston Martin is banking much of its future on the success of its first crossover model, the $193,000 DBX due next year. The elegantly appointed 542-hp car can scamper from zero to 60 mph is around 4 seconds at hit a top speed of 181 mph.

The company is betting that the DBX will boost its sales by at least 50% next year. The model is about as close as Aston Martin will ever get to a “family” car (a second, all-electric SUV, dubbed the Lagonda All-Terrain, is likely to hit the road a few years from now).