Audi: No Plans to Ditch Cars

Sedans, coupes, convertibles and wagons will continue to be part of global lineup
#MINI #Audi #HP

Audi sees a future for all types of traditional cars, even as its own sales follow the industrywide migration to SUV/crossovers.

In fact, she says there has been “a little of bit of a renaissance in certain parts of the world” for sedans. Sales, for example, remain relatively strong in Europe, China and other Asian markets, despite fading interest among Americans.

There’s less love for coupes and convertibles, and Audi has scaled back its offerings accordingly. But don’t count them out entirely. 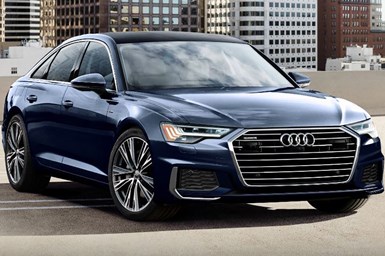 "Coupes and convertibles are highly emotional cars, so they will always have their right of existence," Wortmann says. She notes that desirable designs, regardless of body type, prompt customers to say, “I want one of those.”

However, even she can be taken by surprise. In the case of the RS 6 Avant station wagon’s U.S. debut, at least it was a pleasant one. Whereas Wortmann suggests critics called Audi crazy for bringing the sport wagon to the U.S., she says buyers are the ones who are actually going mad over it. Fueling the excitement: The car’s high-powered twin-turbo V-8 kicks out 592 hp and 590 lb-ft of toque.

Audi’s global sales increased nearly 2% last year to more than 1.8 million units, with SUV/crossover playing a big part in the success. Sales of C-segment utilities rocketed 46%, thanks to the launch of the midsize e-tron EV and flagship Q8 models. 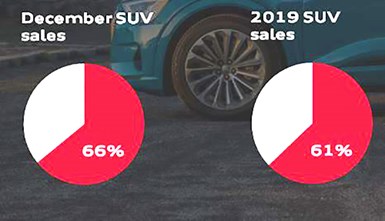 In the U.S., SUV/crossovers accounted for 61% of Audi’s sales last year, compared with just under 57% in 2018. And the trend is accelerating. In December, sales of the high-riding models grew to 66% of Audi’s business.

Wortmann plans to keep close tabs on demand to see if see if a change in mix is warranted. For now, it’s a win-win across the company’s segments.