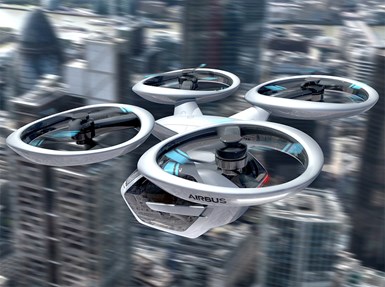 The Pop.Up concept, which was developed with Airbus through Audi’s Italdesign unit, features a giant drone and passenger pods that can connect to either the drone or a earthbound self-driving car platform. The underlying philosophy is to enable people to use the same passenger module for ground or air transport.

Audi successfully flew a one-fourth scale Pop.Up model a year ago. At the time, the company predicted it would have a flightworthy prototype ready to test by the end of this year and be able to introduce commercial service within 10 years.

But Audi has since decided that commercializing its approach is many years away from fruition. The Pop.Up design, Audi concedes, was the most complex solution to enabling combined ground and air transport.

It isn’t clear whether Audi will now pursue a more conventional approach to air taxis, in which flyers travel in pods designed only for aerial transport.