Silicon Valley startup Aurora Innovation, which currently is testing its autonomous vehicle “Driver” technology on public roads in California and Pennsylvania, soon will add a third state to the mix: Texas. 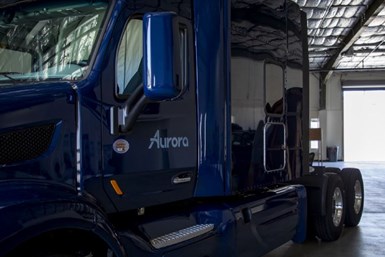 The Lone Star initiative will start with Aurora’s fleet of specially equipped Chrysler Pacifica minivans next month. But Aurora has its sights set on something larger and will expand the program to include Class 8 trucks later this year.

Big rigs are well suited for self-driving systems because they typically operate over fixed routes, logging long miles on highways with relatively straightforward driving tasks. They also stand to benefit more from potential safety and fuel efficiency gains made possible with automated operation.

In addition, Aurora says the initial costs of the emerging technology can be more easily absorbed in trucks than more price-sensitive passenger vehicles. A truck fleet also is easier to monitor and service.

“While the Driver will ultimately move both people and goods, our first commercial product will be in trucking,” the startup asserts in a Blog post announcing the Texas tests.

As they say, everything is bigger in Texas.

On the trucking front, the state has the most public road miles in the U.S. and accounts for more than one-tenth of the long-haul traffic, according to Aurora. And freight moved on Texas highways is expected to nearly double in the next 25 years.

Aurora’s efforts will focus on commercial trucking routes. But the company notes that its early tests on the complexities of surface streets accelerates its ability to “handle the hardest aspects of trucking.”

Founded in 2016 by Chris Urmson, who previously headed Google’s self-driving vehicle team (now Waymo), and other tech pioneers, Aurora has raised more than $760 million from investors and is valued at about $3.1 billion. 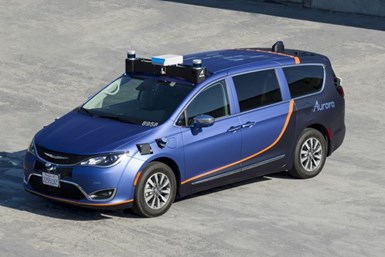 Among its backers are Amazon.com, Hyundai-Kia, T. Rowe Price and Sequoia Capital. Aurora also has a development agreement with Fiat Chrysler.

But the company has plenty of competition in the nascent autonomous truck segment. In addition to Waymo and other startups such as TuSimple, traditional OEMs such as Daimler, Navistar and Volvo Trucks are developing their own technologies.