With the rapid spread of the coronavirus threatening to overwhelm hospitals, the auto industry is eager to help combat the pandemic.

Carmakers and suppliers have manufacturing know-how and idle capacity that potentially could be converted to produce key medical equipment and supplies such as ventilators and face masks.

But getting the job done will require a concerted effort and collaborating with new partners. Instead of Silicon Valley tech startups, automakers’ new partners of choice—or at least necessity—are medical device companies.

As part of its new Apollo program, Ford is working with 3M and GE Healthcare to boost their capacity to build air-purifying respirators and ventilators, respectively. This means turning Ford engineers loose in their facilities to identify ways to streamline processes and increase throughput.

The carmaker also aims to create simplified designs that could be produced at some of its own facilities. Ford also plans to use 3D printers to produce disposable respirators with an initial goal of 1,000 units per month.

In addition, Ford is testing 1,000 face shields at several Detroit-area hospitals. Working in partnership with the United Auto Workers Union, the carmaker plans to produce more than 100,000 shields per week at its Troy Design and Manufacturing subsidiary in Plymouth, Mich.

The Ford teams also are collaborating with their counterparts at General Motors to fully leverage their joint resources and expertise.

For its part, GM announced plans on Friday to work with Washington-based Ventec Life Systems as part of the StopTheSpread.org initiative, which brings together companies from various industries to help prevent the virus from spreading. Under the partnership, GM vowed to leverage its engineering, logistics and manufacturing expertise to help Ventec boost production. 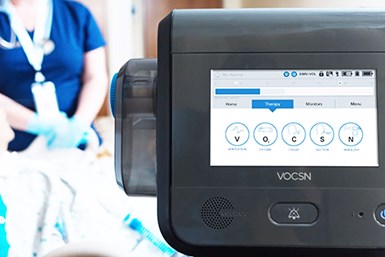 To accelerate the effort, GM is exploring the potential to build ventilators for Ventec at its Kokomo, Ind., parts plant. The 2.6 million-sq.-ft facility normally makes small automotive electronic components.

The goal of the program, said to be codenamed “Project V,” is to produce 200,000 ventilators, sources tell Reuters. Citing an email that GM sent to suppliers, the news organization says the carmaker has arranged for 95% of the 700 parts needed to build a ventilator and now is seeking to source the remaining 37 parts.

Supplier production could begin within the next two to three weeks, according to the report.

"Ventec Life Systems and General Motors have been working around the clock to implement plans to build more critical care ventilators," a GM spokesperson tells Reuters. As a result, he says, Ventec is “planning exponentially higher ventilator production as fast as possible.”

Several suppliers are stepping up to support the effort. Minneapolis-based Twin City Die Castings, which makes various electronic housing assemblies, is a natural considering it derives about 20% of its business from producing medical equipment and already was working with Ventec.

Instead of producing aluminum and magnesium parts for about 150 ventilators per month, however, the company may soon be tasked with manufacturing more than 100 times that level. The changeover time to ramp up for such volumes normally takes about three months, Twin City says. It’s now being asked to make the switch in about a week.

In addition to around-the-clock overtime for its own employees, Twin City is partnering with rivals to speed the process.

Several other carmakers also are doing their part to help produce needed supplies.

Fiat Chrysler is working with Italian ventilator manufacturer Siare Engineering to increase that company’s output. In addition, the carmaker plans to convert one of its own plants in China to make face masks for health care workers and first responders in the U.S.—with a goal of eventually producing 1 million masks per month.

Not to be outdone, Tesla CEO Elon Musk is donating 50,000 N95 surgical masks.

Tesla also is in discussions with ventilator manufacturer Medtronic. While vowing to ramp up production quickly, Musk acknowledges that meeting demand will be a challenge.