An autonomous vehicle is now carrying passengers in downtown Hamburg 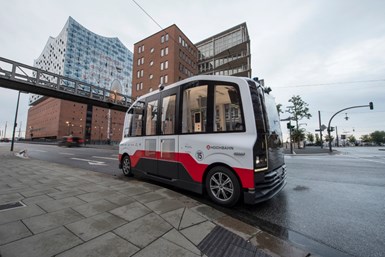 Due to COVID, the autonomous electric shuttle in Hamburg is limited to three passengers at time. People can book rides via an app. (Image: HOCHBAHN)

Although this is still an R&D endeavor, it is worth noting that HOCHBAHN has developed apps for iPhones and Android phones so passengers can book rides.

HEAT is operating six days a week, for two hours at a time in both the morning and afternoon, except Friday, when it operates from 1 pm to 3 pm.

Because of coronavirus concerns, it can accommodate only three passengers at a time at the moment.

HEAT will operate until November 20, then will resume in the spring.