Even the lightest of rain is enough to make self-driving cars begin to lose their senses, according to researchers at Michigan State University.
#tech 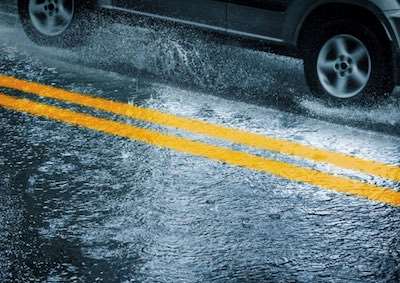 Even the lightest of rain is enough to make self-driving cars begin to lose their senses, according to researchers at Michigan State University.

The issue isn’t the sensors themselves, says Hayder Radha, the professor of electrical and computer engineering who headed the study. He tells Automotive News the problem is with the software algorithms that sort out the raw sensor data.

Even a few drops of rain can confuse the system, he says. The MSU researchers found that a light sprinkle can make an algorithm fail to detect 20% of the objects it can “see” in clear weather. The ratio doubles in moderate rain.

Autonomous-driving systems also can be disoriented when roadway landmarks such as large trees or shrubs lose their leaves in winter, according to the study.

Radha initially figured that developers would be able to cure such problems quickly as testing ramps up in regions with four-season conditions. But he tells AN he now believes that teaching robotic cars to drive in challenging weather will “be a problem for many years to come.”