BASF has developed a modified polybutylene terephthalate (PBT) specifically for use in radar housings.

Dubbed Ultradur RX, the new material is lighter and provides better electromagnetic protection than steel housings, according to the supplier. The dielectrically optimized plastic can be used in the rear housing cover or behind the printed circuit board of a sensor. 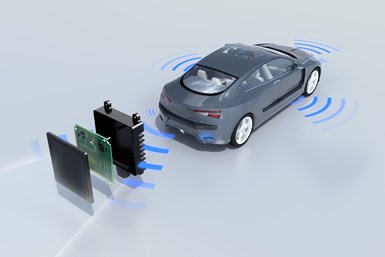 As the use of vehicle electronics increases, there is a greater risk of electromagnetic interference (EMI) within a car’s own architecture as well as between nearby vehicles and with smart traffic lights and other infrastructure.

The situation becomes even more challenging with advanced driver-assist and autonomous vehicle systems that rely on cameras, radar, lidar and other sensors to work properly. As a result, BASF envisions a growing market for materials such as Ultradur to help protect these devices against EMI.