A part of its 100th anniversary celebration this year, Volkswagen AG’s Bentley unit has built a replica of its iconic 1939 Corniche sedan.
#europe #Volkswagen

A part of its 100th anniversary celebration this year, Volkswagen AG’s Bentley unit has built a replica of its iconic 1939 Corniche sedan. 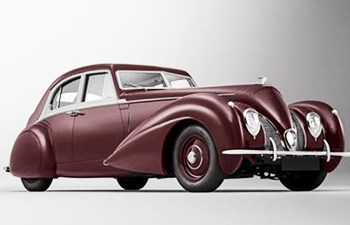 Bentley built just one Corniche, which was a performance variant of the company’s MKV luxury car, in 1939. That vehicle was damaged in an accident while road testing in France. The body was later destroyed by a German bombing raid at the outbreak of World War II.

The restoration project, which has been in the works since 2001, used many original parts that Bentley had stockpiled for future models that were never built. The new model’s underlying chassis is the original unit, which had been shipped for repairs separate from the rest of the car after the 1939 crash.

Work on the replica accelerated in early 2017 after Adrian Hallmark was named Bentley’s CEO. The program was led by the carmaker’s Mulliner customization team, with engineers from other departments supporting the effort throughout the process to rebuild the ash frame, interior and body from the ground up.

The family of George Paulin, who designed the Corniche, donated the original blueprints for the program. The body panels were finished by the same team responsible for hand-forming the Mulsanne’s bodywork. 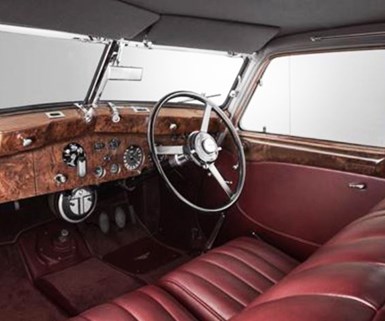 It took a team of metalworkers three months to recreate the Corniche’s prominent front grille, each slat of which was digitally designed to enhance airflow. The wooden window surrounds were heat-formed in a purpose-built steam booth, while the interior is said to be trimmed in period-authentic leather and cloth.

Power comes from an MKV-derived 4.25-liter engine—with upgraded pistons, larger carburetors and a reconfigured inlet manifold—mated to a customized overdrive gearbox. During initial testing in 1939, the original Corniche topped 100 mph.

The car was named after the coastal French roads that it was intended to be driven on.