Less than a year after BMW and Daimler merged their “Share Now” global mobility operations, the partners are discontinuing the car-sharing app in North America.
#Daimler #BMW #Cadillac

Say goodbye to “Share Now.” Starting in March, the dockless car-sharing app—which is part of the mobility services joint venture formed earlier this year by BMW and Daimler—will disappear in North America. 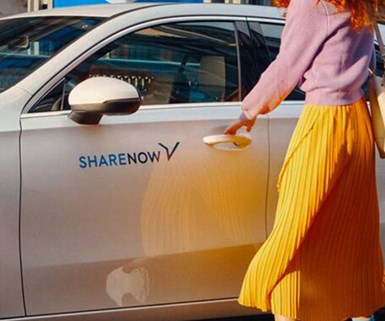 Share Now, which allows members to rent cars by the minute, has about 3 million members globally. But it operates in only a handful of North American markets. The partners pulled the plug on several cities earlier this year. Now they are doing the same in the remaining five: Montreal, New York, Seattle, Vancouver and Washington, D.C.

The service also is being discontinued in Brussels, Florence and London. Instead, the focus will shift to 18 other European cities deemed to have stronger growth potential.

BMW and Daimler blame the bailout in North America on “rising infrastructure complexities” and high operating costs. But the bigger issue is what they describe as the “volatile state of the global mobility landscape."

Such volatility should be expected as the industry transforms. It’s called competition. Not only are new companies racing to the market, they’re also testing a host of new services. Car-sharing. Ride-hailing. Subscriptions. eBikes/scooters. Mobility-as-a-Service. Air taxis. Needless to say, not all will succeed—with take rates all over the map.

The landscape also is littered with many business starts, stops and adjustments. One example: Cadillac, which suspended its pricey subscription program a year ago, plans to roll out a new version in the spring. Uber and Lyft also are testing a steady stream of new services, with varying levels of success.

BMW and Daimler aim to pivot the focus of their joint mobility services from expansion to profits.

Starting in January, the combined services will operate under the “Your Now” umbrella group. It will consist of:

The services currently are offered in 1,300 cities worldwide and have 90 million users, according to the partners. Free Now has been the most successful to date, boasting 39 million users and estimated sales this year of €2 billion ($2.2 billion).