BMW AG is investing about €400 million ($443 million) in its Dingolfing, Germany, manufacturing plant in preparation for production of the iNEXT  electric vehicle.
#facilities #BMW #europe

BMW AG is investing about €400 million ($443 million) in its Dingolfing, Germany, manufacturing plant in preparation for production of the iNEXT electric vehicle. 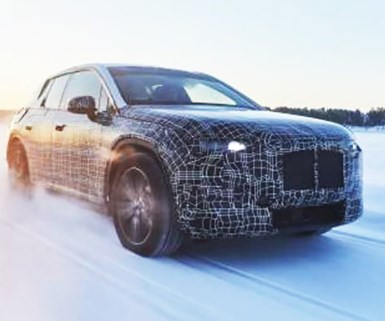 The flagship SUV/crossover vehicle is due to launch in 2021. BMW began building prototypes of the EV this summer at a pilot manufacturing plant in Munich.

When retooling for the iNEXT  is completed, Dingolfing will be capable of producing a mix of fully electric vehicles, plug-in hybrids and models with stand-alone combustion engines—including 5, 7 and 8 Series cars—on a single assembly line. Last year the facility produced nearly 330,000 vehicles.

The body shop—including a 3-story annex where the powertrain and body are joined—already has been updated to accommodate the iNEXT . New production lines are currently being built for the vehicle’s complex floor assembly, which will house the battery.

In addition to EV-specific assembly steps—such as installation of the battery and corresponding cables—the iNEXT  will require special processes for its autonomous driving functions. This includes cleaning systems and test stations for various sensors, BMW notes.

Another area of the factory will assemble the high-voltage battery and electric motor. Other components for the iNEXT  will be sourced in part from another facility in Dingolfing and BMW’s plant in Niederviehbach.