It may not be the most exciting blockchain application, but supply chain management could be one of the most impactful near-term uses for the emerging technology.

Several carmakers and suppliers already have begun blockchain pilot programs. The cloud-based system uses a decentralized network to securely share data without the need for a central authority. The most famous example to date is the cryptocurrency Bitcoin. 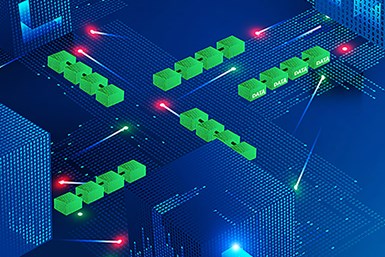 Deploying blockchain throughout the automotive supply chain process promises to improve parts and transaction tracking, transparency and adherence to standards. Proponents say the system also has the potential to reduce costs and enhance overall logistics efficiency.

BMW Group, an early champion of blockchain systems, aims to create an open platform that will allow data within supply chains to be exchanged and shared safely and anonymized across the industry with no risk of manipulation.

The test program tracked the purchase, production and delivery of parts between three of Marelli’s Automotive Lighting unit’s facilities (one each in the Czech Republic, Italy and Mexico) and BMW’s vehicle assembly plants in Dingolfing, Germany, and Spartanburg, S.C.

BMW plans to expand its program to 10 other suppliers this year. The carmaker eventually aims to roll out the technology to its entire supply chain, including the traceability of raw materials from mine to smelter.

By sharing data immediately, BMW notes, blockchain enables users to constantly track and verify the status of an order. The process also eliminates duplicate efforts and communication shortfalls between independent IT systems.

Daimler and Volkswagen are testing supplier blockchain initiatives too.

Marelli’s Automotive Lighting unit also is expanding its program. In addition to working with other OEM customers, the company plans to involve its own suppliers.

The next step, according to the company, will be to use PartChain’s data authenticity capabilities to reduce the risk of counterfeit parts in the aftermarket.

In addition to supply chain management, other potential auto-related blockchain programs include:

Late last year, MOBI members BMW, Ford, General Motors, Honda and Renault began testing a blockchain-based identification system that enables automatic payments for parking and road tolls. The program assigns digital IDs to participating vehicles that can be read by specially equipped infrastructure devices, thereby allowing a vehicle to be tracked and charged the appropriate parking or toll fees without motorists having to stop and pay or use specialized tags.

MOBI details other potential applications in a white paper posted on its site. Additional information about the blockchain protocol is available here.