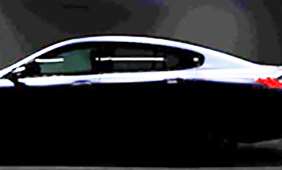 BMW AG has released darkened images of the sports sedan version of the company’s 8 Series coupe.

The so-called 8 Series Gran Coupe will ride on an extended wheelbase to accommodate the extra doors. Other than a raised roofline and subtle decklid spoiler, the sedan’s styling cues appear to mimic those of the 8 Series coupe and convertible.

The Gran Coupe also will share its engine lineup with its siblings, topping out with a twin-turbo 4.4-liter V-8 that generates 523 hp and 553 lb-ft of torque. An electric-hybrid variant likely will be added later.

BMW will unveil the production version of the sedan in late June. Sales will launch later this year.