Bob Carter of Toyota on 2020 and Beyond

Although gasoline prices across the country are comparatively cheap—according to AAA, the current average for regular is $2.164, compared with $2.596 a year ago—this is not having a negative effect on the sales of hybrids for Toyota and Lexus. Bob Carter, executive vice president-Sales, Toyota North America, says that 16% of the brands’ sales in November were hybrids. And that holds true for the sales through 2020 to date.

And he said it would have probably been higher were it not that they were “supply restricted.”

Carter describes hybrids as a “core technology” for Toyota. 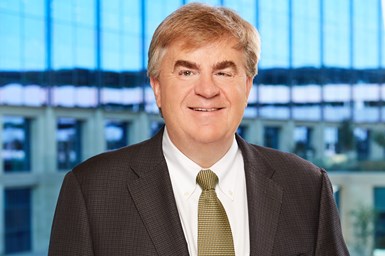 The Market & the Future

Carter says that as the months have gone on in 2020, when the SAAR became breathtakingly low at times, they’ve been pleasantly surprised at the rebound in the market. He anticipates the year to close at 14.6-million units.

He admits “to be happy about that would seem unusual.” But then he points out that there were months like April.

Carter says that they’ve also revised their outlook for 2021 upward, as well. Initially, it was thought the number would be 15.5-million, then they bumped it up to 15.8-million.

Now, Carter says, they believe it will be 16-million. A very good industry number, he points out.

One of the things that they’re doing which seems atypical in the market is that they are sticking with cars: about half of those 25 vehicles will be cars.

Carter explains that even though cars may get to just 20% of the market, when it is a 16-million unit market “20% is a lot.”

“There’s no question that the car market is shirking,” he says, adding, “but it is doing so at a lower pace than our competitors are exiting the market.”