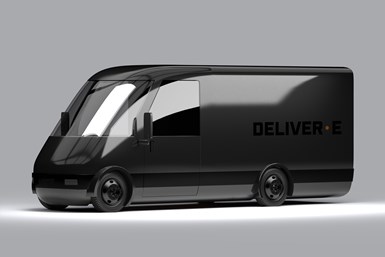 The Oak Park, Mich.-based company aims to launch a production version of its Deliver-E concept vehicle in 2022. The company released design renderings and some tech details about the planned models this week.

Built on a dedicated platform, the front-wheel-drive vans will be available in various wheelbases that can accommodate Class 2B, 3, 4 and 5 trucks. A wide selection of battery packs also will be available, including 70-, 105-, 140-, 175- and 210-kWh systems. 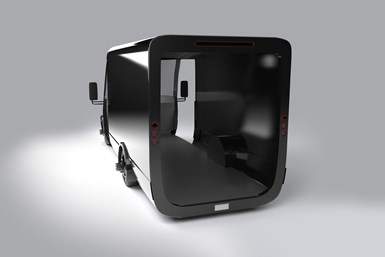 The various combinations will allow fleet customers to specify models that best meet their requirements in terms of cargo space, driving range and price, the carmaker notes. Whatever the configuration, Bollinger claims the electric vans will have a significantly lower total cost of ownership than current gasoline and diesel delivery vans.

The Deliver-E’s 18-inch step-in height is said to be the lowest in the industry. Other features include:

The vans will follow next year’s planned launch of Bollinger’s B1 SUV and B2 pickup. In addition, the carmaker is readying a flexible Chassis Cab platform to support a variety of commercial applications, ranging from construction and towing to emergency response and non-tactical military.

The various trucks will be powered by two electric motors and have a 5,000-lb payload. In the B1 and B2 models, the configuration generates 614 hp and 668 lb-ft of torque.

The Deliver-E models will employ the same motors, battery, inverters and gearboxes used in the rest of Bollinger’s lineup.

The company is expected to announce a manufacturing partner later this year.